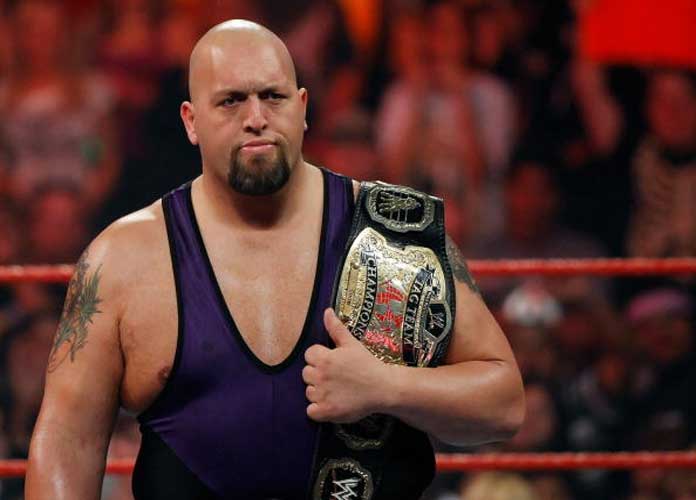 This week’s episode of Monday Night RAW was filled with big moments, but undoubtedly the highlight of the night was when Braun Strowman and The Big Show broke the ring.

Strowman performed a superplex on his opponent from the top rope, and the force of the impact of both men falling onto the mat caused the ring to come crashing down with them.

Even the referee at the arena in Columbus, Ohio ended up tumbling out of the ring and onto the floor. Not terribly surprising for two men whose combined weight well exceeds 600 pounds.

The impact of two colossal Superstars leads to one INSANE ring collapse in our main event! @BraunStrowman @WWETheBigShow #RAW pic.twitter.com/bb1WvDRXGZ

The Big Show and Brock Lesnar dismantled the ring on an episode of ‘SmackDown’ in 2003.

In 2011, Big Show and Mark Henry also destroyed the ring a the ‘Vengeance’ pay-per-view event.

For years, Big show insisted the ring collapses were real and not staged, although he eventually confessed to “lying through my teeth” about this in an interview with Chris Jericho’s podcast in 2013.

“We did a spot right before we broke the ring where we’re both down and they shoot a real close-up of both of us selling,” Big Show said. “Well, in that time, (WWE Stunt Coordinator) Ellis (Edwards) had airbags under the ring. So they had lifted the ring a couple inches. So now, when I’m standing on that top corner, that ring is like standing on marbles. Because it’s moving. Of course now I’ve got my fat (expletive) up in the air, 500 pounds on a not very stable surface …

“So then the ring broke. I just remember when it happened because … you don’t know how the stunt is going to look. But man, it was so perfectly timed the way we did it and Ellis did a great job of setting up. That thing collapsed and everybody they bought it for so long.”