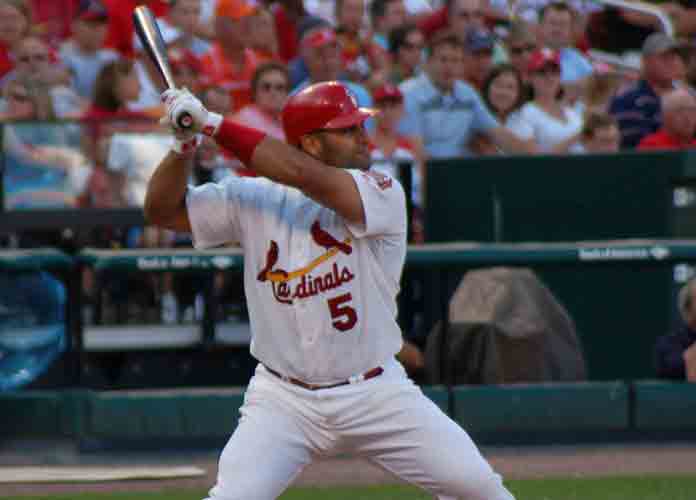 Albert Pujols has been playing in the MLB for 19 years where he has made 10 All-Star games and voted the national league Most Valuable Player three times. On Sunday, against the Colorado Rockies, Pujols added another accolade to his illustrious career by hitting his 660 home run, tying him for fifth all-time with baseball legend Willie Mays.

The historic home run also came in a timely manner with the Angels down 2-3 in the top of the eighth facing reliever Carlos Estevez. With the count one-one with a runner on first, Pujols hit a bomb into the empty stands. This was his first home run since Aug. 4. “I was just telling them, ‘Finally, I hit one in the air,’ ” Pujols cracked.

In his postgame comments, Pujols said he was honored to tie Mays. “To be able to have my name in the sentence with Willie Mays is unbelievable,” Pujols said. “I’m really humbled… I know my place in history. I know that because friends and family are always talking to me. I try not to get caught up too much in numbers or records or who’s next.”