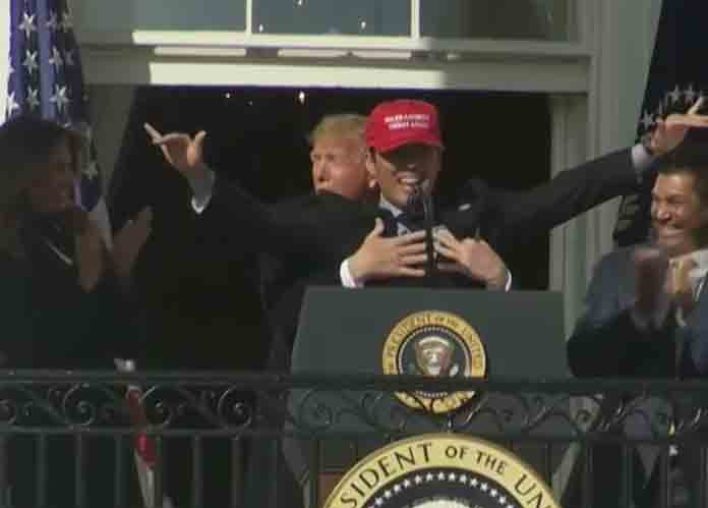 Following a big victory in Game seven of the World Series against the Houston Astros, the triumphant Washington Nationals carried on the tradition of visiting the White House as a sign of congratulations.

Although this journey did not take them very far, the White House effectively being in many of their backyards, seven players made the decision to skip the team’s visit to the White House.

The celebration ceremony, which took place on the south lawn, featured Nationals catcher Kurt Suzuki sporting a “Make America Great Again” hat and receiving a hug from President Donald Trump. First baseman Ryan Zimmerman also presented Trump with a No. 45 Nationals jersey whilst thanking him for keeping the United States safe and making it the best country on Earth.

President Trump opted instead to focus on baseball and stay away from politics, for the most part.

“Everyone fell in love with Nats baseball,” Trump said to the thousands of fans that attended the ceremony. “That’s all they wanted to talk about — that and impeachment. I like Nats baseball more.”

Trump called it a record crowd, saying, “We’ve never had this many people on the front lawn of the White House.”

Unlike the Boston Red Sox’ visit to the White House in 2018, which was highly politicized due to Puerto Rican manager Alex Cora choosing to skip the event, this celebration remained largely focused on baseball. World Series MVP Stephen Strasburg was in attendance and many supporters chanted “four more years”, a plea for Strasburg to continue racking up wins for the team after recently opting out of the remainder of his contract. However, this does not mean Strasburg will be leaving D.C. — only that the Nats will have to come up with a higher offer if they wish to keep him.

The victorious team exited the stage to the song “We Are The Champions” and proceeded to parade down Constitution Avenue to the cheers of the D.C. faithful. 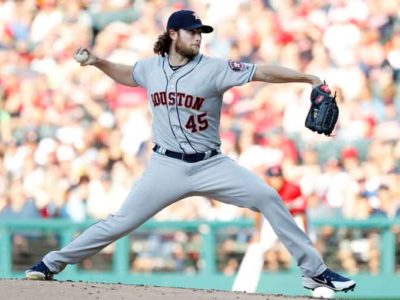