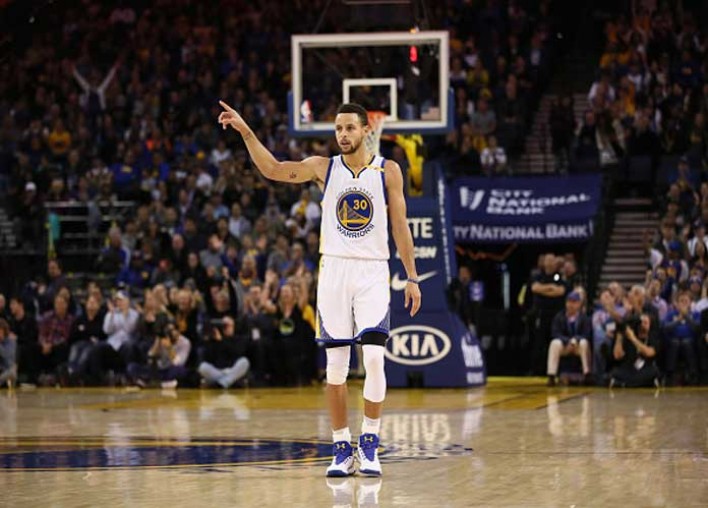 The Warriors haven’t had the greatest start to their season. Things only got worse Wednesday night when the team announced that star point guard Stephen Curry suffered a broken left hand against the Phoenix Suns.

With around eight-and-a-half minutes left in the third quarter, Curry drove and collided with Suns center Aron Baynes. Curry fell to the floor and Baynes landed on his left arm. Curry drew a foul on the play but couldn’t shoot the free throws. He headed to the locker room, where he had X-rays that confirmed the break.

“Aron Baynes came up after the game and just wanted to know how Steph was doing,” said Warriors coach Steve Kerr. “You could tell he felt really bad. It’s just a random basketball play, so stuff happens.”

The team has no further information on the injury and simply said Curry will undergo an MRI and CT scan Thursday to determine if surgery is necessary. A timetable for the injury is expected shortly afterwards.

Steph Curry has left the game with an apparent wrist injury after a collision with Aron Baynes and a hard fall.

The injury is another blow to a team already struggling for an identity outside of Kevin Durant‘s departure this past offseason. With Klay Thompson recovering from an ACL tear and Curry’s injury, the Warriors are a new-look team at this point and not a good one.

“Of course it hurts knowing that Steph Curry’s down,” said Warriors rookie Eric Paschall, who had a team-high 20 points in his first career start Wednesday. “… That’s a very, very valuable piece of our team, but I feel like we’re going to stay positive.”

The Warriors are 1-3 on the season and are sporting one of the worst defenses in the league. They face the San Antonio Spurs on Friday at 10:30 p.m. EST.