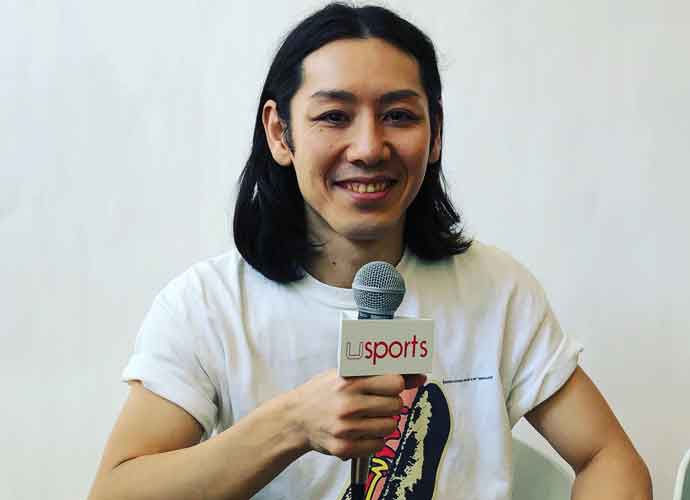 VIDEO EXCLUSIVE: Competitive Eater Takeru Kobayashi Explains His Rivalry With Joey Chestnut – 'I Don't Like Him'

Japanese competitive eater Takeru Kobayashi, who recently profiled on ESPN’s 30 For 30 documentary series, recently spoke with uSports about his training techniques and his world records. He stars ESPN’s latest installment, The Good, the Bad, and the Hungry. Kobayashi explained his backstory, along with some insiders about what goes into his competitions, training and Guinness World Records.

Kobayashi also revealed what he eats on a normal day when he is not training for a competition or preparing for one.

VIDEO EXCLUSIVE: TAKERU KOBAYASHI ON HIS RIVALRY WITH JOEY CHESTNUT

“I work out, I eat healthy. I don’t really eat that much. I like sushi and yogurt,” said Kobayashi. “My normal lifestyle when I’m not season or I’m not training for a competition, is equally just as important to me. To be able to stay the way I do physically. The most important thing is to stay healthy, and I’m kind of serious about that. I like to go to the gym and make sure I understand how the body needs to balance supplements, whether that be supplements using outside to add to my diet, balancing everything from my carbs and proteins to other things my body needs. I study it.”

Kobayashi also revealed what his body feels like after such a massive amount of consumption in quick succession during a competition.

“The better side is after I’m done, it’s much easier on the body, somehow my record is 159 in 10 minutes, which is the world record for tacos right now. Somehow it’s physically much much easier on me after”

The Japanese-born eater also revealed how he started to get into competitive eating and how he found such a talent for it.

“I first learned in a curry restaurant, but after that, that was the moment I realized I had a talent that not many other people had. From there, I was scouted onto a Japanese national TV show. They said, ‘why don’t we go to this hot dog competition that we found in the United States and see what you can do there?’ So I came, and I realized more and more that if I trained and treated it that way, my talent got farther.”

In the national broadcasts of the hot dog eating competitions, fans can see some of the contestants dipping their hot dogs in water. Whether it’s to make it easier to swallow or helps hollow your stomach out more, we asked Kobayashi what the secret was with water.

“You have to know the capacity of your own stomach to know how to use the water. For dry things like buns, it helps to have water to help it go down. But you also need to make sure you don’t intake too much water, because then you’re taking up too much space with the amount of water you [consume]. It’s a real strategy balance understanding exactly how much water you can take, as well if you don’t take it, it will be harder to eat that food. With taste (of hot dogs with water), it has nothing to do it at all, not for me. The minute I begin to think about the taste, with any sensation of taste, it’s not going to help me. As time, any taste will get to you at a certain point.”

How Kobayashi’s body reacts to all the food he eats is actually quite interesting.

“Right after the competition [ends], it’s not actually that bad, because I’ve already trained for it. It’s only 10 minutes, so as soon as it’s over, your body starts to feel more relief. If it’s very hot, it makes it more stressful. But if the temperature is cool, then it’s much easier on me.”

“This is my full-time career, yes,” he added. “I compete as an athlete, I go around and make appearances talking about the sport, and I judge for other things, to help create a market.”

Kobayashi also explained what other types of foods he enjoys eating both for pleasure and for competitions.

“I have some Guinness world records, such as pizza, hamburgers, buffalo wings, pasta and tacos.”