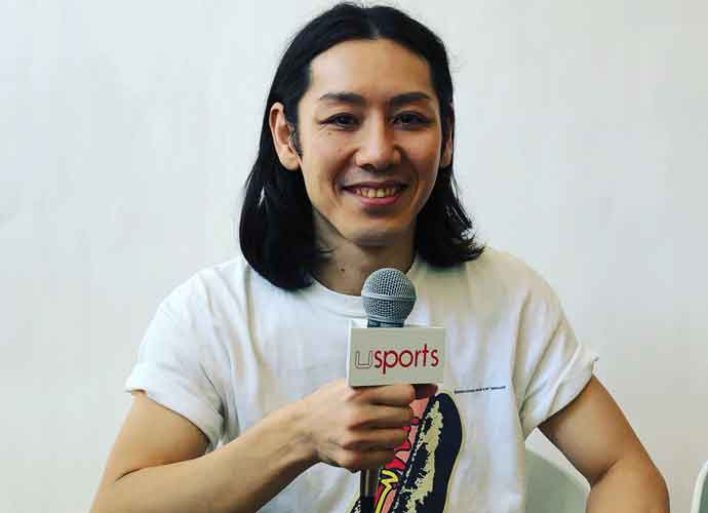 VIDEO EXCLUSIVE: Competitive Eater Takeru Kobayashi Explains His Rivalry With Joey Chestnut – 'I Don't Like Him'

VIDEO EXCLUSIVE: Competitive Eater Takeru Kobayashi Explains His Rivalry With Joey Chestnut – ‘I Don’t Like Him’

Japanese competitive eater Takeru Kobayashi recently previewed on ESPN’s latest installment of the award-winning 30 for 30 documentary series for uSports. The Good, the Bad, and the Hungry contains exclusive footage of one of America’s biggest, yet strangest food competitions: Nathan’s Hot Dog Eating Contest. Kobayashi is a renowned rival of the famous Joey “Jaws” Chestnut, and Kobayashi sat down with uSports to further explain (through a translator) his ‘Brady vs. Manning’ type rivalry with Chestnut.

“At the beginning, it was just me… me creating a sport trying to tell the world that it was there if you treated it a certain way, that it wasn’t only about eating a lot. And then, Chestnut’s came out a couple years later, and I realized that it wasn’t just me having to create a sport, it was almost like I had this rival so it was helping it. As you will see in the movie, they started using that as a script, and creating me as the ‘American Enemy,’ it was very nationalistic, and I was suddenly being used to brand it for the script they were writing. Because when that happened, we (Kobayashi and Chestnut) didn’t enjoy each other at all. Chestnut started becoming very aggressive towards me, as he was being taught to feel a certain way and act towards me, and I noticed that while I didn’t understand everything that was happening, people were taking that script very seriously and forming their nationalistic sides and looking at me a certain way.”

Kobayashi went on to describe his relationship with Chestnut now, after the documentary was finished and years of competing passed the pair. Kobayashi explained Chestnut’s competitive aggressiveness that he didn’t want to associate with.

“I don’t like him (Chestnut), it’s very obvious that I don’t like him. He and I have been spiraled into this situation, but I’m the type of person that ignores what I don’t like. I don’t want to be around that kind of thing. They aggressively bring my name into the situation all the time, year after year, time after time. Because they were so aggressive towards me, I had to block him from Twitter, like I had to childishly block someone. I literally just had to try to protect myself.

He went on to describe how Chestnut continually changes his act with people,  and fails to be honest and consistent with crowds.

“I just try to stay away from that type of energy because we aren’t not the same kind of people.”