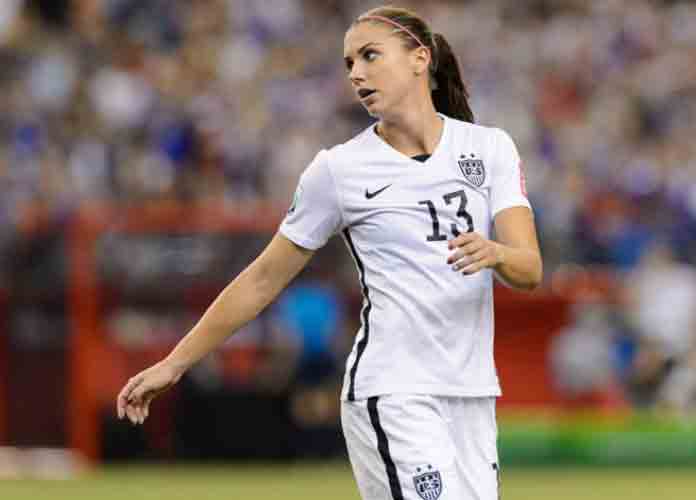 The U.S. Women’s National Team clinched a spot in the knockout round of the 2019 World Cup after defeating Chile 3-0 on Sunday.

The USWNT came out with an evolved 11 from their explosive, 13-0 triumph over Thailand, using just four of their starters from Tuesday’s game. Veteran forward Carli Lloyd took goalscorer Alex Morgan’s spot up front, while Megan Rapinoe and Tobin Heath were rested ahead of Christine Press and Mallory Pugh taking the wings. Becky Sauerbrunn returned to the back line after her injury, putting Julie Ertz into the midfield. Coach Jill Ellis showed a clear display of how much depth this team possesses, with two straight group games of domination without conceding a goal.

“We need them,” Ellis said about the rotation of her players, according to USA Today. “We need them in a good place. If they can have minutes and their butterflies are out of the way, it helps us down the line.”

The @USWNT advances past the group stage for 8th consecutive #FIFAWWC pic.twitter.com/UpaSKiiw6Y

Whether it was a fitness issue with Tuesday’s starters or getting her entire squad match fit ahead of crucial knockout games, Ellis exhibited the extent this U.S. team holds. Ertz scored in the 26th minute, while Lloyd celebrated a brace in Sunday’s game and missed out on a hat trick after missing a penalty late in the second half.

The USWNT scored all their goals in the first half, and kept Chile on the ropes throughout the second half, but failed to score again. Chile GK Christiane Endler can be thanked to deny another routing from USA, having saved 14 shots in the second half.

“It takes all 23 players. It takes the entire roster to ultimately lift this trophy,” said Lloyd, according to USA Today.  “We’ve obviously been on the bench supporting the starting group and then vice versa today. It’s just fun, fun to share in the goal celebrations.”

After two games in France so far, Ellis has used 20 different players after subbing Allie Long, Emily Sonnett and Jessica McDonald on during the Chile game. Depth could prove to be the answer ahead of a potentially rigorous seven-game course through the entirety of the tournament. The USWNT faces Sweden on Thursday at 3:00 p.m. EST. Sweden is also 2-0, and will be the team’s first major challenge ahead of the knockout stage.