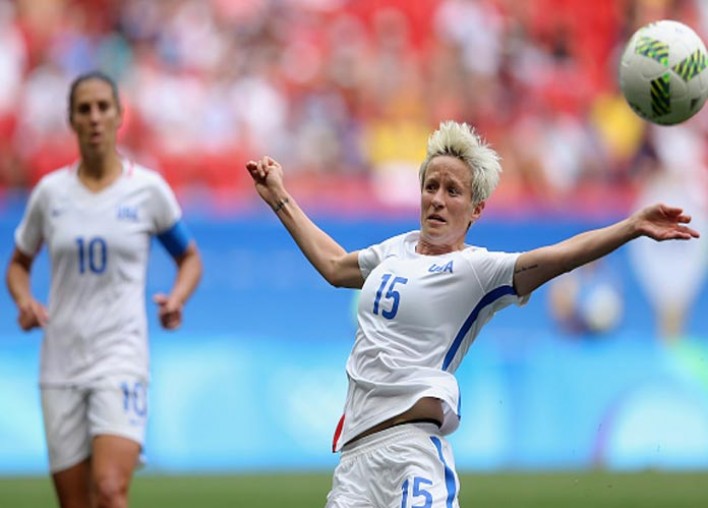 BRASILIA, BRAZIL - AUGUST 12: Megan Rapinoe #15 of United States goes up for the ball against Sweden in the second half as Carli Lloyd #10 of United States looks on during the Women's Football Quarterfinal match at Mane Garrincha Stadium on Day 7 of the Rio 2016 Olympic Games on August 12, 2016 in Brasilia, Brazil. (Photo by Celso Junior/Getty Images)

The United States Women’s National Team is in the World Cup semifinals facing England to attempt to defend their 2015 title. Megan Rapinoe has been dominate the last two games, scoring four goals for her team and leading them this far into the competition. If the US were to win Tuesday’s game, they will face the winner of Sweden and the Netherlands in the final of the 2019 World Cup.

Manager Phil Neville of England has the experience under his and his team’s belt. England came into this World Cup being crowned with the SheBelieves Cup, the most recent tournament, and have comfortably made their way to the semifinals of the World Cup. England’s best placement in World Cup history in third in the 2015 tournament.

The last time these two teams met was in the SheBelieves Cup, where they drew 2-2. Rapinoe and Tobin Heath scored for the Americans, while Nikita Parris and Steph Houghton scored for the English. In terms of top scorers this World Cup, Alex Morgan and Rapinoe each have five for the US, while England’s Ellen White matches them with the same total. The United States have only conceded two goals this entire tournament, while the English have only conceded one. Two solid defenses will be on display on Tuesday, with two solid attacks to possibly break the lines. The US is 10-4-2 all-time against England, but have lost two of the last three games against them. The United States team is the only country to place in every semifinals in the eight times the World Cup has been played.

The match starts at 3:00 p.m. EST and will be broadcasted on FOX Sports 1 and streamed on the FOX Sports Go App. According to Oddschecker, the United States are favored 5-6 to go through, with England sitting at 7-2. According to Bleacher Report, they have the game going to penalties, with the US winning and going to the final. 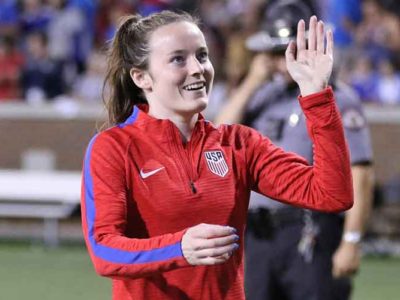