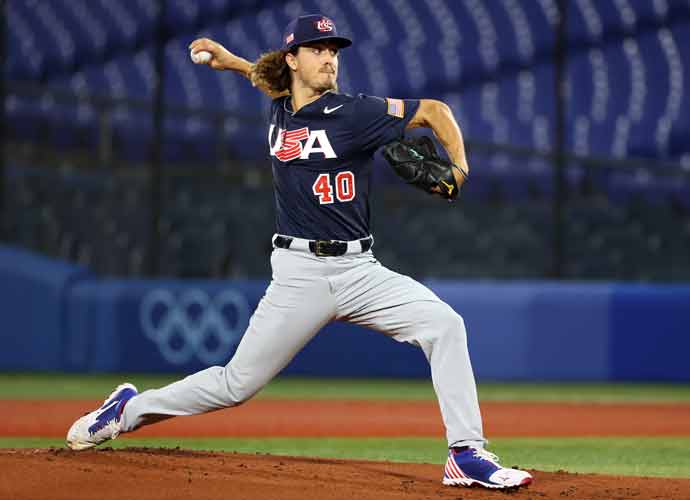 OKOHAMA, JAPAN - JULY 30: Joseph Ryan #40 of Team United States pitches against Team Israel in the first inning during the baseball opening round Group B game on day seven of the Tokyo 2020 Olympic Games at Yokohama Baseball Stadium on July 30, 2021 in Yokohama, Kanagawa, Japan. (Photo by Koji Watanabe/Getty Images)

The U.S. is off to arguably as good of an Olympic start as they could have hoped for after defeating Israel by a final scoreline of 8-1.

Joe Ryan led the way on the mound, fanning five over six innings of one-run baseball. Offensively, Eddy Alvarez (a minor league player for the Marlins) put up two RBIs on two doubles and scored twice himself. Tyler Austin, who currently plays in Japan’s professional baseball league, launched a big fly and smashed an RBI double.

The U.S. will next face South Korea; the winner will advance to the quarterfinals. While they should not overlook a strong South Korean team, United States’ main competition is seemingly in the Dominican Republic, which defeated Mexico 1-0 on a Melky Cabrera hit.

South Korea is currently 1-0 after besting Israel by a score of 6-5.