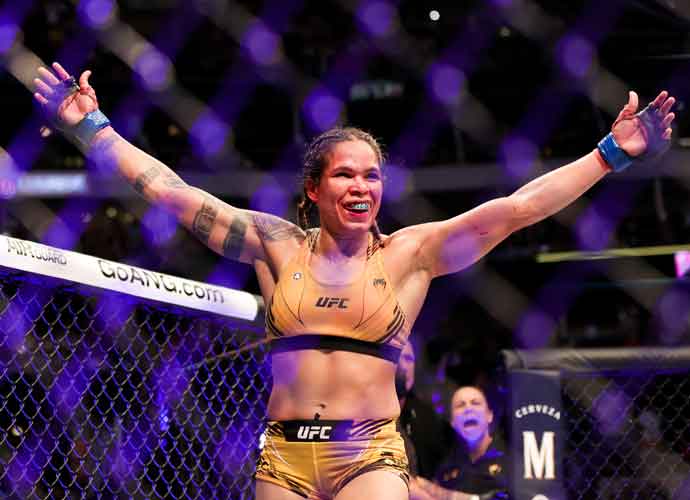 UFC fighter Julianna Pena has adamantly denied having received surgery following her bantamweight title fight with Amanda Nunes Sunday night. Before losing her title in the rematch against Nunes, Pena sustained a massive gash that UFC President Dana White said took a “big chunk” out of her forehead. White also said that she was going to see a plastic surgeon, but Pena refuted these claims, calling the injury a “cat scratch” and clarifying that she only needed a few stitches.

Pena’s fight against Nunes Sunday was a rematch from last December in Las Vegas when Pena upset the champion with a rear naked choke submission in the second round to win the title. Nunes returned as a heavy favorite going into the second matchup and won in five rounds by unanimous decision.

The highlight of Nunes’ victory, however, came in the third round, when the new champ pinned Pena to the mat and began striking at open cuts along the top of her opponent’s forehead. Blood splattered across the mat and began to flow freely down Pena’s face, concealing the gruesome injury.

Though White said that Pena was seeing a plastic surgeon in a press conference after the match, Pena later clarified on Instagram that she only required stitches for what she considered to be a minor injury. She also seemed intent on finishing the trilogy.

“Tougher than a two-dollar steak. Thanks for the love, everyone! Just a cat scratch that required a few stitches, no chunks missing, no surgery necessary. Love you all! We’re 1-1 now,” Pena said.

Pena and Nunes’ fight was the main event of UFC 272, an event at the American Airlines Centre in Dallas. The pair headlined a 13-match card that also included interim men’s flyweight champion Brandon Moreno, who defeated Kai Kara-France with a knockout in the third round.