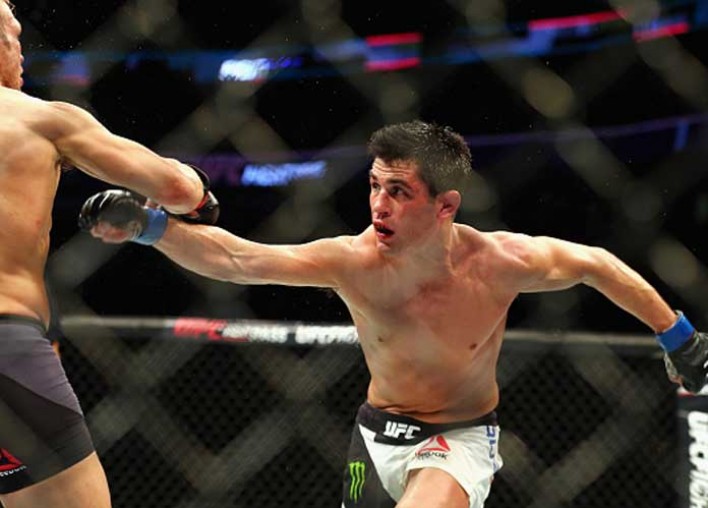 By Frank DeLorenzo / January 25, 2020
UFC Fight Night Tickets are on sale now! Don’t miss out on your chance to see the UFC’s top fighters compete to move up the rankings for a title shot in multiple weight classes.
GET DEALS ON UFC FIGHT NIGHT HERE!
On Saturday, January 25, welterweight fighter Michael Chiesa will have one of his toughest tests yet as he takes on former lightweight champion Rafael dos Anjos in the UFC Fight Night co-main event.
“Yeah, this is the toughest one,” Chiesa told MMA Junkie. “Out of anybody I fought in the UFC, this is the stiffest test I’ve fought to date. The proof is in the pudding. I mean, the guy is a former world champion, (he) fought for a belt at 170, and he’s still very relevant. He beat Kevin Lee, and Kevin Lee is seven years younger than him, so for him to be at the age he’s at and still beating these young guys – I feel like the toughest guys to compete against are the guys that are at the veteran status that have seen it all and that are in their mid 30’s. This is a guy that’s still in his groove, but I’ve got to go out there and derail him. I’m really excited for the opportunity to compete against him but I’ve got to get my hand raised on Saturday night.”

Chiesa is looking for his third straight win after defeating veteran fighter Diego Sanchez at UFC 239 via unanimous decision in July. His record is now 16-4, but he is determined to crack the top 15 contender’s list.“This is the fifth guy that I fought in a row that’s been in a title fight or has been a champion,” Chiesa said. “So these are the fights I want and that’s how you become a champion. I’ve got to beat these guys.”