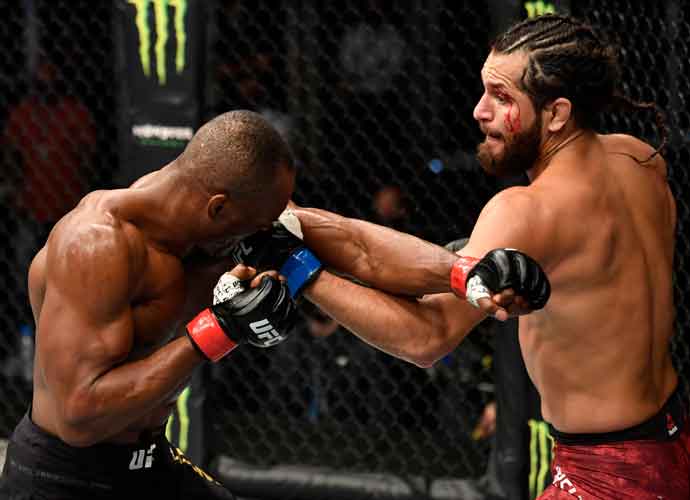 On Friday, the UFC 261 weigh-ins took place, and all card fighters made the appropriate weights, including Kamaru Usman and Jorge Masvidal.

Usman is defending his UFC welterweight title against Masvidal in the main event of UFC 261 on Saturday in Jacksonville, Florida. The two fighters are familiar with one another as they previously faced off in UFC 251. Usman beat Masvidal via unanimous decision in that matchup last July.

Usman was originally scheduled to fight Gilbert Burns in UFC 251, but Burns tested positive for coronavirus, so Masvidal replaced Burns on six-day notice. This time, Masvidal has had enough time to prepare for the rematch.

Usman is currently on a 13-fight win streak and is looking for his 14th straight UFC victory and fourth title defense win. If Usman does win on Saturday, then the Nigerian would hold the second-place record for longest win streaks. The Nigerian fighter’s win streak is tied with Khabib Nurmagomedov and Jon Jones. Anderson Silva holds the record with 16 straight wins.

UFC 261 will also feature two additional title defenses in the co-main event. Weili Zhang (21-1) will defend her women’s strawweight title against former champion Rose Namajunas (9-4). Zhang has not lost a fight since her debut loss. Namajunas has won four of her last five fights.

Valentina Shevchenko (20-3) will defend her flyweight title against Jessica Andrade (21-8).