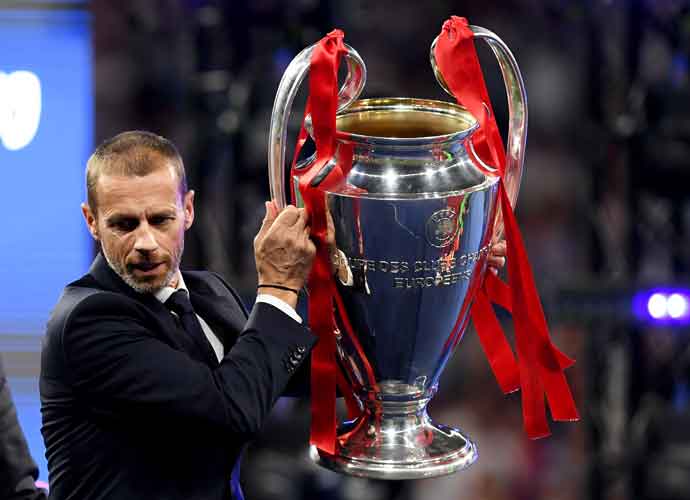 MADRID, SPAIN - JUNE 01: Aleksander Ceferin UEFA president picks up the Champions league trophy in preparation to presenting it to Liverpool during the UEFA Champions League Final between Tottenham Hotspur and Liverpool at Estadio Wanda Metropolitano on June 01, 2019 in Madrid, Spain. (Photo by Matthias Hangst/Getty Images)

UEFA president Aleksander Ceferin had some heated words about the recent news surrounding the creation of the European Super League on the weekend.

During a Sunday press conference, Ceferin referred to both of them as “snakes” before getting more in-depth.

If I start with Ed Woodward,” said Ceferin. “He called me last Thursday evening to say that he was very satisfied with the reforms and fully supportive. The only thing he wants to talk about was Financial Fair Play. Obviously, he had already signed something else.”

“Andrea Agnelli is the biggest disappointment of all,” Ceferin said. “I have never seen a person that would lie so many times, so persistently as he did it is unbelievable.”

The UEFA president vowed that there would be repercussions towards the clubs and the players.

“The players who will play in the teams that might play in the closed league, will be banned from playing in the world cup and Europe” Ceferin said. “So, they will not be able to represent their national teams at any matches.”

“UEFA and the footballing world stands united against this disgraceful self-serving proposal.”

Aleksander Ceferin has spoken about the proposed breakaway European Super League and has confirmed the players involved will be banned from representing their countries. pic.twitter.com/Qyx1S8FWXn