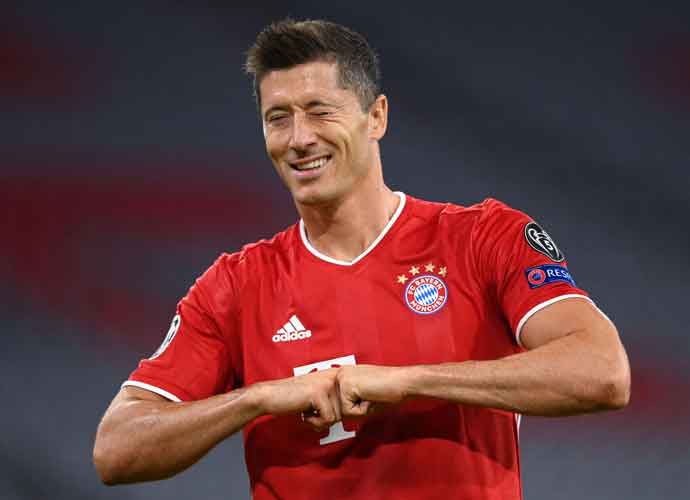 MUNICH, GERMANY - AUGUST 08: Robert Lewandowski of Bayern Munich celebrates after he scores his sides first goal from the penalty spot during the UEFA Champions League round of 16 second leg match between FC Bayern Muenchen and Chelsea FC at Allianz Arena on August 08, 2020 in Munich, Germany.

On Wednesday night, Bayern Munich and Manchester City both advanced to the round of 16 of the Champions League.

Manchester City defeated Olympiacos after Phil Foden scored in the first half of the game.

Real Madrid defeated Inter Milan, 2-0. Real Madrid’s Eden Hazard scored a penalty in the early minutes of the game. Inter Milan’s Arturo Vidal was sent off before half time after an argument with the referee. In the second half, Inter Milan’s Achraf Hakimi scored an own goal to reward the opposition.

The Atletico Madrid and Lokomotiv Moscow fixture ended with a draw. After Bayern’s advancement to the Round of 16, Atletico is the favorite in the group to follow Bayern.

Porto defeated Marseille, 2-0. Minutes before the end of the first half, Porto’s Zaidu Sanusi scored the first goal of the game. In the second half, Marseille’s Leonardo Balerdi was sent off and Porto was awarded a penalty scored by Sergio Oliviera. Minutes later, Porto’s Marko Gruijic is also sent off.

Ajax defeated Midtjylland, 3-1. In the first half, Ajax’s Ryan Gravenberch followed by a goal from Noussair Mazraoui. In the second, Ajax’s David Neres scored the third goal. Afterward, Midtjylland received a penalty which Awer Mabil scored. In the added time, Midtjylland’s Erik Sviatchenko was sent off after a challenging tackle.

The real surprise was Atalanta defeating Liverpool, 2-0. After a goalless first half, Atalanta’s Josip Illcic scored the first goal followed by a goal from Robin Gosens. Liverpool did not play a good match and this defeat was their first in the competition.