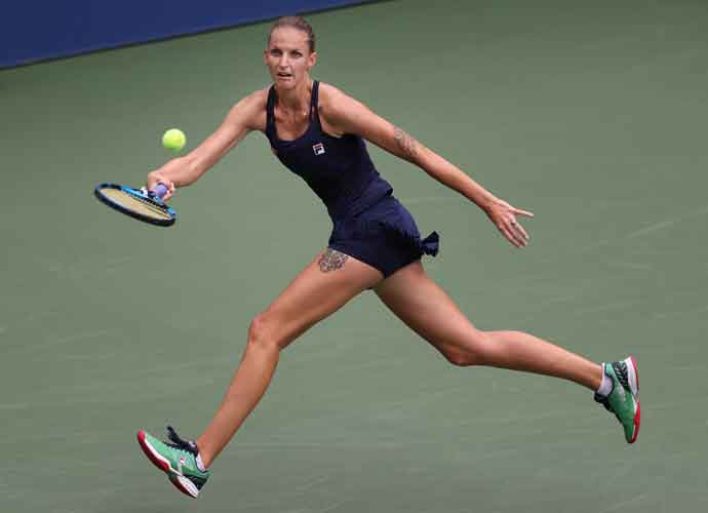 NEW YORK, NEW YORK - SEPTEMBER 02: Karolina Pliskova of the Czech Republic returns the ball during her Women's Singles second round match against Caroline Garcia of France on Day Three of the 2020 US Open at the USTA Billie Jean King National Tennis Center on September 2, 2020 in the Queens borough of New York City.

U.S. Open Upsets Continue As One Seed Karolina Pliskova Falls In Second Round To Caroline Garcia

The U.S Open women’s bracket has had a bizarre string of upsets to say the least with stars Coco Gauff and Venus Williams both losing in round one. Now, another favorite has fallen in the form of the number one overall seed Karolina Pliskova being defeated in the second round by Caroline Garcia (6-1, 7-6). Pliskova should not have been ranked one in a normal setting but with dropout s due to the coronavirus pandemic, she was in an unfamiliar position.

Pliskova did little to ingratiate herself afterward, giving a very curt interview to reporters with quotes like, “I didn’t play good,” “so that’s it,” and “Yeah, a little bit – did you see the match or no?” Soon after after, she  remarked, “I don’t know if you understand tennis well enough.” If she wants to reach the highest level, she clearly needs to become more mature in handling the media and opponents with more grace.

Garcia will be playing Jennifer Brady (28), in the quarter final.