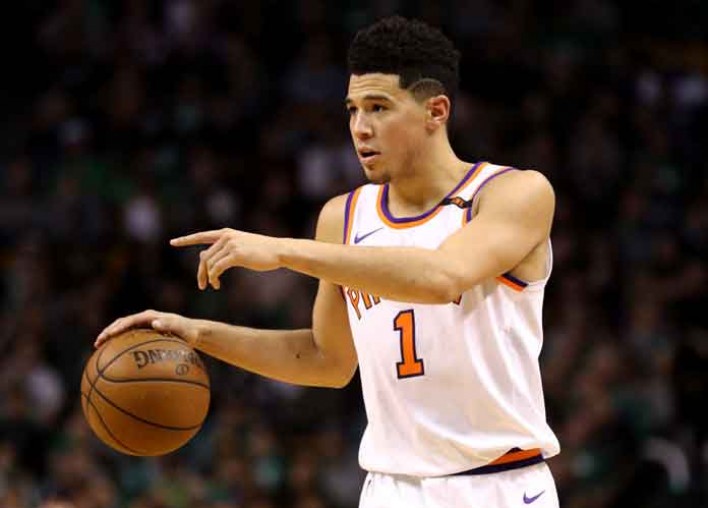 BOSTON, MA - DECEMBER 2: Devin Booker #1 of the Phoenix Suns carries the ball against the Boston Celtics during the second half at TD Garden on December 2, 2017 in Boston, Massachusetts. The Celtics defeat the Suns 116-111. (Photo by Maddie Meyer/Getty Images)

Devin Booker agreed to a maximum contract extension with the Phoenix Suns on Saturday, and fans went crazy on Twitter.

The 21-year-old guard’s deal is for five years and is worth $158 million, and strongly suggests Booker could become one of the team’s top players over the next few years.

Booker posted a photo of himself signing the extension on Twitter, while the Suns tweeted a video of him announcing the deal and thanking the franchise and its fans.

“Phoenix Suns fans, it’s official,” Booker states in the video. “The day I’ve been waiting on, signing another five years with the great organization. The future is here, it’s looking good. I’m excited.”

Fans’ delight at the news may be in part due to the fact that it is coupled with the Suns having landed the top overall pick in this year’s draft, Arizona power forward Deandre Ayton. Here are some of the best reactions, many of which included GIFs or memes.

You deserve every cent brother ✊🏽

Minnesota Timberwolves center Karl-Anthony Towns, who is reportedly a close friend of Booker’s, seemed to believe his buddy’s new deal was well-deserved.