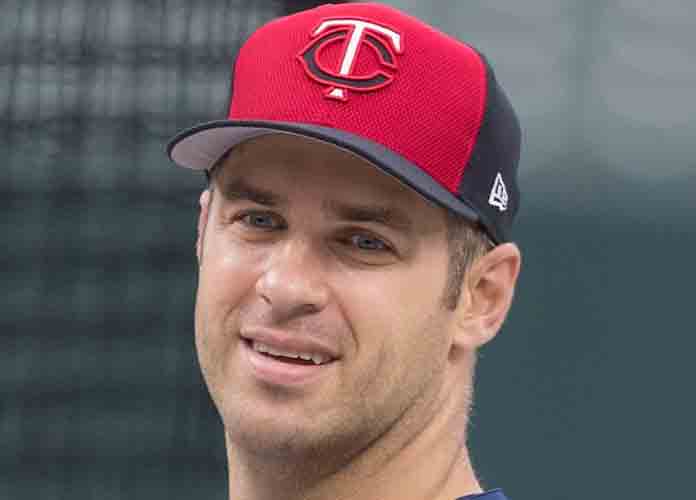 Joe Mauer retired with the best career a player could ask for.

He was drafted first overall out of high school by his hometown team, the Minnesota Twins. He would win an MVP in 2009 and lead a Hall of Fame-destined career as a catcher. He’s second in hits and games played only to Kirby Puckett and Harmon Killebrew.  At just 35, he retired as the best hitting catcher of his generation and the face of the franchise.

On Tuesday, Mauer appeared at Cretin-Derham Hall, the high school he was drafted out of. He was led to believe that he was going to a simple ceremony, like the ones he often went to during his playing career.  While he took questions from students, Twins legends Tom Kelly, Tony Oliva, Kent Hrbek and Bert Blyleven snuck into the gym. Hrbek went to the podium and announced that the Twins would retire Mauer’s No. 7 jersey next season. Here’s a video of his reaction:

Joe Mauer reacts to the @Twins‘ plans to retire his No. 7: pic.twitter.com/szb8RPEVkZ

“It’s not every day that you have your favorite player growing up tell you you’re going to go on the wall with him with the retired numbers,” Mauer said. “That means a lot to me. Obviously, Bert and Tony and T.K. coming too, I’m still kind of in shock right now. Those guys helped me out so much, not only as a baseball player, but how to conduct yourself as a man and as a professional. Those guys mean a lot to me too.”

“Being able to put on the Twins’ uniform, being at home, like I said before, meant more to me than you’ll know,” he added. “Now, when I take my kids to the game and see No. 7 up there, it will probably put a smile on my face every time I see it. I’m excited for that.”

Minnesota Gov. Mark Dayton also taped an announcement, saying that the day would forever be known as Joe Mauer Day in the state.