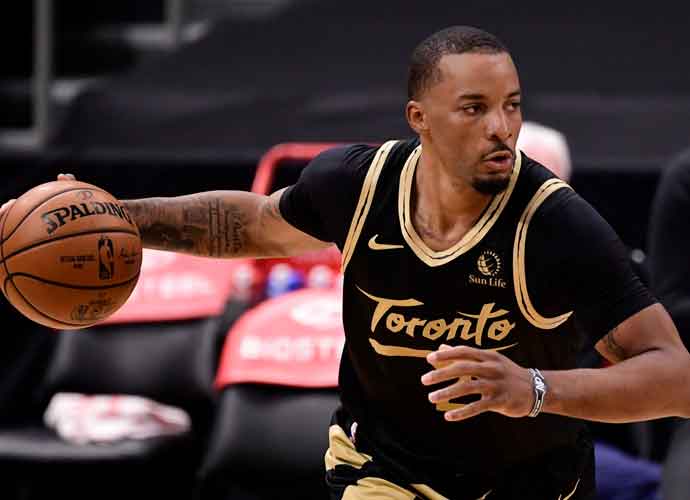 TAMPA, FLORIDA - MARCH 19: Norman Powell #24 of the Toronto Raptors dribbles the ball during the second quarter against the Utah Jazz at Amalie Arena on March 19, 2021 in Tampa, Florida. NOTE TO USER: User expressly acknowledges and agrees that, by downloading and or using this photograph, User is consenting to the terms and conditions of the Getty Images License Agreement. (Photo by Douglas P. DeFelice/Getty Images)

The Portland Trail Blazers have acquired Norman Powell from the Toronto Raptors. The Blazers will send Gary Trent Jr. and Rodney Hood to Toronto for Powell.

The 27-year-old Powell is in the middle of his best season yet in the NBA. The guard-forward is currently putting up 19.6 points per game, shooting 50 percent from the field and 43.9 percent from beyond the arc. In the last 11 games, Powell has averaged 26 points per game.

Portland adds another scorer to their already solid roster. The Blazers now have another player who is able to space the floor and who is capable of shooting the three. This would improve the team’s offensive capabilities and alleviates the scoring load for Damian Lillard and C.J. McCollum.

Furthermore, Powell becomes an upgrade for the departing Trent, who was sent to Toronto as part of the deal. Trent was the team’s third-leading scorer behind superstars Lillard and McCollum. Trent is averaging 15 points per game and shooting 41 percent from the field and 39 percent from down town. However, Trent’s numbers are bloated due to McCollum’s long absence with a leg injury. Prior to McCollum’s injury, Trent was barely averaging double-digit points. Powell is clearly the superior shooter and scorer of the two.

At the same time, it is a gamble for Portland because it is unknown how Powell will fit in their system. Will Powell be able to remain a good shooter in his career-best season? And if Powell does become a good fit, will he decline his player option to remain for another season or opt into free agency?

For Toronto, they receive Trent who was an important piece of the Blazers’ playoff run last season. He has consistently improved since his rookie season and is putting up career numbers in the 2020-2021 season. The Raptors also add a veteran guard in Hood.

Overall, it will be interesting to see how Powell meshes with the high-powered offense in Portland. The Blazers definitely took a step in the right direction by making this deal, but as we know, there are no guarantees in the NBA. With Jusuf Nurkic returning from a long layoff tonight, the Blazers will be at full strength for the first time since January. And with the addition of Powell, Portland is going to be a tough out come playoff time.