Top Games Of The FA Cup Third Round - uSports.org 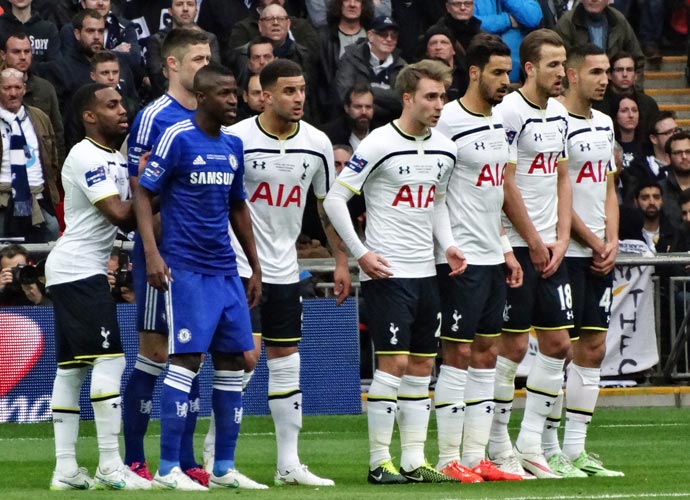 Chelsea and Tottenham Hotspur by Chelsea Debs via Wikimedia Commons

Top Games Of The FA Cup Third Round

While there are no Barclays Premier League games this weekend, that doesn’t mean there’s a lack of soccer. Instead, we get the Third Round of the FA Cup. To the uninitiated the FA Cup is a beloved tournament that allows every team in England a shot at the trophy; therefore it’s understandably famous for giving lower league sides, sometimes full of players who work other jobs to support themselves, taking on some of the world’s biggest clubs.

So with that in mind–not to mention the fact that this weekend will feature plenty of teams that no one outside of their supporters have really heard of–here are the top ties of this round.

Tottenham vs. Leicester (Sunday 11AM)

In the tie of the round, two sides in the top half of the Premier League Table will meet. And, for both squads, it will be interesting to see how they handle the prospects of squad rotation.

Leicester is in a tough spot; despite their form this season, the F.A. Cup is their best chance at making a deep trophy run. But with that being said, it has to be tempting for Claudio Ranieri to rest the duo of Jamie Vardy and Riyad Mahrez, given that they’ve both been less than 100% during the festive period. If they’re on the bench for at least part of the game, it will be interesting to see if the Foxes’ other players can step up.

On the other side of the spectrum, Spurs definitely have enough of a squad to rotate, but it remains to be seen how Mauricio Pochettino will handle that issue. Much of their success has come on the backs of players like Dele Alli and Harry Kane, but the openness of this year’s league could be in the back of Spurs’ collective minds. Also, if they find their way into the Champions League places, they’ll need to rotate next season.

Based on squad depth, you’d have to lean towards Spurs, but this game could come down to one team taking the match more seriously than the other.

Arsenal vs. Sunderland (Saturday 10 AM)

Superficially this match doesn’t look the best. Arsenal is a title-challenging side with more than enough depth to rotate the squad; especially given their shot at the League title this year, it’s possible they put the Cup on the back burner.

Likewise, Sunderland manager Sam Allardyce has already committed to resting his players due to their place in the Premier League table. In the midst of a relegation scrap, he can’t afford to risk fatigue or an injury in a cup tie.

But that rotation could make this match–which is also one of the few between Premier League sides–worth watching. While their meeting a few weeks ago was a drab, defensive affair, rotation could give both sides the freedom and lack of defensive stability necessary to attack.

Whatever Game You Find

It may be somewhat of a cop-out to say this, but that’s part of the magic of the F.A Cup. American sports really doesn’t have anything like it but something special happens when a small club gets the chance to face one of the biggest sides in the world. The atmosphere ramps up and the small sides fight tooth and nail for their shot at a Goliath.

That variety of teams also means exposure to teams and styles of play outside the average fan’s scope. Maybe Bristol City, who only the dedicated will have seen play, can top West Brom. Scunthorpe, sitting towards the bottom of League One, could upset struggling Chelsea or at least force a replay. Sheffield United vs. Manchester United was once one of England’s marquee fixtures; Saturday afternoon’s tie may be one for the history books, too.