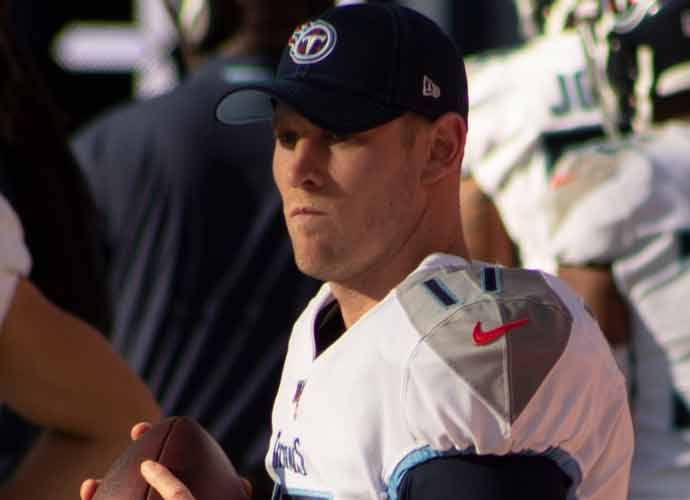 The Tennessee Titans and quarterback Ryan Tannehill agreed to a restructured contract on Tuesday.

The need to restructure Tannehill’s contract comes amidst the recent trade acquisition of seven-time Pro Bowl wide receiver Julio Jones. Jones publicly asked for a trade from the Atlanta Falcons, and the Titans were able to land him on Sunday. The Titans sent a 2022 second-round pick and a 2023 fourth-round pick in exchange for Jones and a 2023 sixth-round pick.

Acquiring Jones brought an issue due to the salary cap of Tennessee. Tennessee had about $2.36 million of salary-cap space, which meant that they had to create additional room for the deal to be official. The team turned to quarterback Tannehill to create the space needed for Jones.

On Tuesday morning, it was revealed that the team had restructured Tannehill’s contract. Ian Rapoport of NFL Network announced on Twitter the new deal.

To facilitate the completion of the trade of former #Falcons WR Julio Jones, the #Titans are doing a simple restructure of QB Ryan Tannehill’s contract for 2021 to create more than $15M in cap space, source said. Jones will make $15.3M guaranteed this season.

The quarterback recently signed a four-year, $118 million deal with the team last offseason. He was set to make around $24.5 million in salary this coming season, but the Titans turned a portion of that salary into a signing bonus. The guaranteed salary has been converted to a signing bonus and will spread over the next three years. The newly restructured contract frees up $15.6 million in salary-cap space. This space is necessary for the newly acquired wide receiver, who has a guaranteed salary of $15.3 million this season.

However, the downside is that Tannehill’s contract will increase in the following years. Tannehill’s cap figure for 2021 is going to be $13.8 million, but it will rise to $41.808 million in 2022 with a guaranteed base salary of $29 million. The quarterback will have a projected cap hit of $39.8 million in 2023.

The acquisition of Jones strengthens the team’s offense for the upcoming season. Jones is the NFL’s all-time leader in average receiving yards per game, at 95.5.