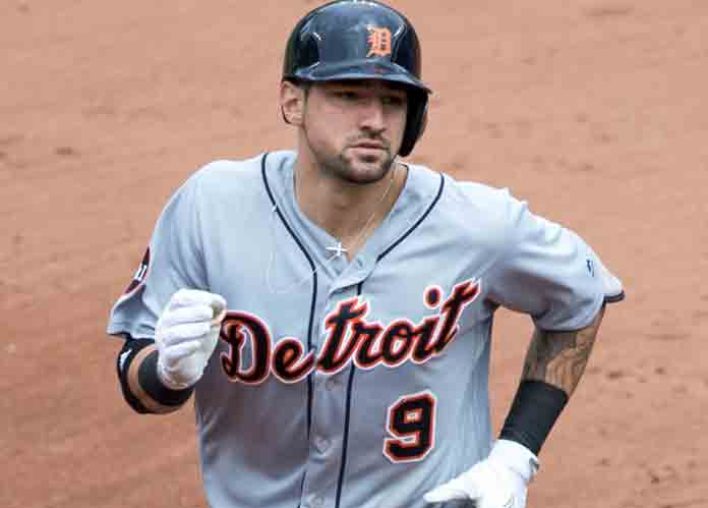 Nick Castellanos with the Detroit Tigers in 2017 (Keith Allison/Wikipedia)

Despite hitting a walk-off home run against the Toronto Blue Jays on Sunday to snap a six-game losing streak, Detroit Tigers outfielder Nicholas Castellanos is not a fan of his home ballpark’s outfield dimensions.

“This park’s a joke. It’s to the point where, how are we going to be compared to the rest of the people in the league for power numbers, OPS, slugging and all this stuff when we got a yard out here that’s 420 feet straight across in center field?” Castellanos said after Sunday’s game.

“Move in center field, right-center, there is no reason that I hit a ball 434 off [Washington Nationals right-hander] Anibal Sanchez and it goes in the first row, that shouldn’t happen.”

Despite it being hard to hit home runs in Detroit, Castellanos led Major League Baseball in triples in 2017 and leads in doubles with 34 this season. Castellanos owes this to the extreme depth in which center field at Comerica Park runs.

Castellanos out here giving an exit interview for the ages. pic.twitter.com/8Ge3WI8x1b

Castellanos, 27, is a candidate for the trade deadline on July 31. The right fielder remains extremely calm about the whole situation, however.

“I’m at the point where I really don’t care what happens,” he said. “Why care? I can’t control it. Why care if one day my hair is going to turn gray if I can’t control it? I don’t know if that analogy makes any sense, but it popped into my head.”

One can only hope that Castellanos can have enough clout to influence a reconstruction of Comerica Park, for his team’s sake.