Tiger Woods Returns To The Masters; 4 Strokes Back Of Leader - uSports.org 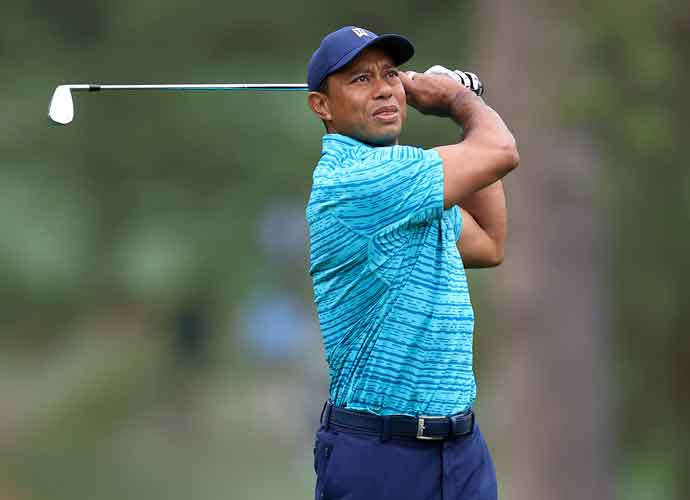 AUGUSTA, GEORGIA - APRIL 08: Tiger Woods follows his shot on the 17th hole during the second round of The Masters at Augusta National Golf Club on April 08, 2022 in Augusta, Georgia. (Photo by David Cannon/Getty Images)

Tiger Woods Returns To The Masters; 4 Strokes Back Of Leader

Of all the sights and sounds seen and heard Thursday at Augusta National on Day 1 of the Masters, only one truly mattered: Tiger Woods mashing golf balls.

We now know which way the game-time decision went.

It was a refreshing scene, as inarguably the world’s most famous golfer almost lost his leg in a serious car accident in early 2021. The five-time Masters champion, who had rods and screws inserted into his right leg after the crash, finished -1 at 71. His scorecard had three birdies and two bogeys, and what it doesn’t show, though, is the 30-footer for birdie on 16.

“If you would have seen how my leg looked to where it’s at now—to get from there to here, it was no easy task,” said Woods, who last won the Masters in 2019.

“Just the fact that, one, he’s alive, considering what that accident was about,” fellow golfer Zach Johnson said. “Two, that he’s made a comeback to this point to be able to compete, it’s phenomenal. Now, it’s also a situation where you’re talking about an individual that, I mean, are we really that surprised? He’s the best player I’ve ever played with, and I say that in all aspects. He is the best competitor I’ve ever witnessed.”

Sungjae Im, who placed second at the 2020 Masters, came out as the first-round leader at 5-under, with Cameron Smith second at 68.

“At the beginning I noticed that there was a lot of people,” said Joaquin Niemann, one of Woods’ Thursday partners. “But then I was trying to talk to my caddie, and I couldn’t hear anything that he was saying.”

“This is only one round,” Woods said. “We’ve got three more to go.”

Read more about:
Masters PGA Tiger Woods
Listen to the uInterview Podcast!
Get the most-revealing celebrity conversations with the uInterview podcast!