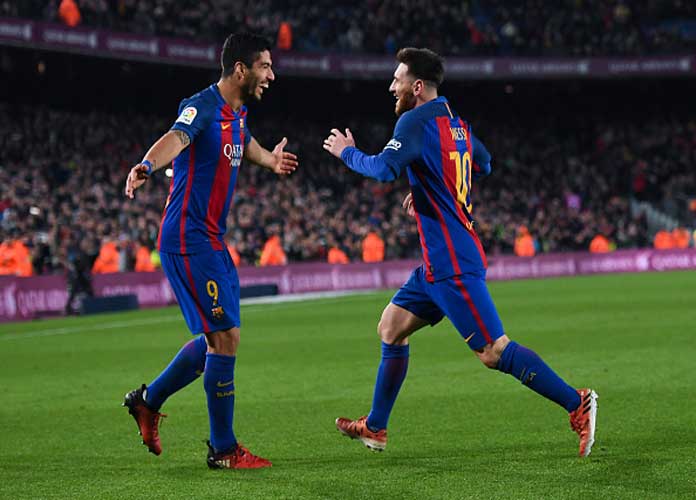 BARCELONA, SPAIN - DECEMBER 18: Lionel Messi (R) of FC Barcelona celebrates with his team mate Luis Suarez after scoring his team's fourth goal during the La Liga match between FC Barcelona and RCD Espanyol at the Camp Nou stadium on December 18, 2016 in Barcelona, Spain.

Attention, all soccer fans! Tickets for the Spanish La Liga classic match in Miami this summer are now on sale!

Real Madrid and Barcelona will face off at Hard Rock Stadium on Saturday, July 29 at 7:30 pm EST. Tickets are on sale at Ticketmaster, and begin at $250.

The game will be played as part of the International Champions Cup North America.

There is an eight-ticket limit for this event.

Want March Madness Tickets? Here’s How To Get Them