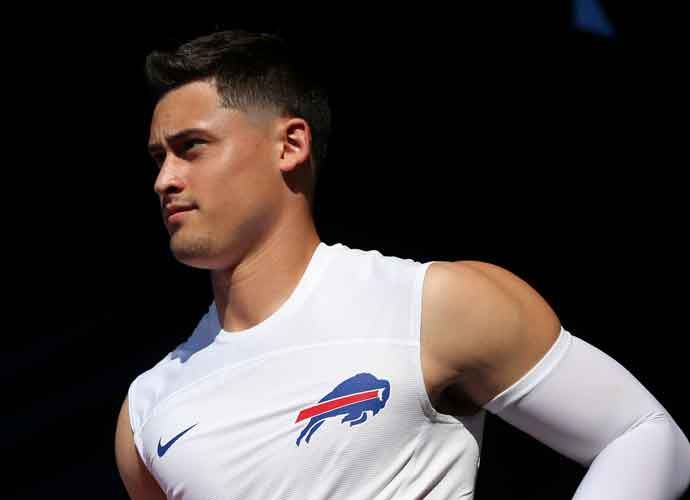 For some, it was shocking to learn that career backup and third-string quarterback Matt Barkley would make a punting appearance in Friday’s preseason game against the Carolina Panthers.

But Araiza, also referred to as the “punt god,” is facing a civil lawsuit, where the 22-year-old is being alleged of gang-raping a minor during a part while attending San Diego State University last year.

While the rookie punter claimed in a statement that the “facts are not what they are portrayed” to be, it gave head coach Sean McDermott no choice but to hold out Araiza from Friday’s game this time.

Despite the Bills reportedly knowing about the situation for a “few weeks,” Araiza won the starting punter job on Monday.

The #Bills, who have known about this for a few weeks, are looking into the entire situation. https://t.co/ay4HaSywEp

“I’m hurt, I understand they’re hurt it’s emotional. It’s not easy to hear about some of the things that I’ve heard about,” McDermott claimed after the exhibition contest.

The move made the Bills turn to a surprising name in Barkley to punt.

He has only appeared in 19 games during his NFL career (all as a QB).

And he didn’t do as poor of a job as you’d expect.

The first punt didn’t go very far (only 33 yards) – but the second one was quite impressive.

It was a 51-yarder that landed inside the Panthers’ 10-yard line.

While the punt did take a favorable Bills bounce – it was an impressive showing from an unlikely punting candidate.

Here are some reactions from the fans:

Gonna tell my kids this was Punt God pic.twitter.com/eKhp0j9Oyj

Has Matt Barkley had the strangest Bills career ever?
Never played significant time, BUT:
Amazing game against MIA in the finale 2 years ago.
The jacket swing at Pitt 2 years ago.
The punt game.
He’s going to be loved forever… never having had a legit snap.#BillsMafiA

Every ounce of me wants Barkley to fake the punt one time. There will never be a scenario better than the QB is the punter 😂

Going forward, it’s unclear what the Bills will do with Araiza given the allegations.

But it’s not a great look for general manager Brandon Beane and the front office if they were indeed made aware of the accusations and decided to give him the starting gig anyways.

Some Bills fans have called on the team to cut Araiza since the allegations have become public.