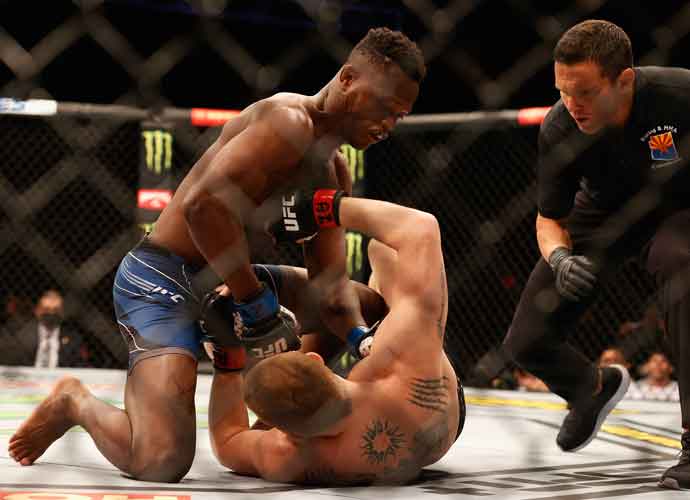 The UFC matchup between Terrance McKinney and Matt Frevola was certainly eye-catching – for both good and bad reasons.

The fight was McKinney’s UFC debut, which followed a victory in the Legacy Fighting Alliance 109 event on June 4. McKinney followed up that quick knockout with an even faster one in his first UFC appearance, dropping Frevola in a staggering seven seconds. That timestamp was good for the fastest knockout in the history of UFC’s lightweight division.

McKinney celebrated his victory in a fashion similar to other fighters by climbing to the top of the octagon’s fencing, straddling it and taking in what was surely a surreal moment. Unfortunately, McKinney then found difficulty in descending from the top of the octagon, and uncomfortably landed in a position that appeared to injure his knee. McKinney was even forced to conduct his final interview of the night sitting down, unable to place weight on his now-injured leg.

While McKinney almost broke the UFC record for the quickest knockout ever, his night undoubtedly ended on a bitter note with a possible lingering injury he now must heal.