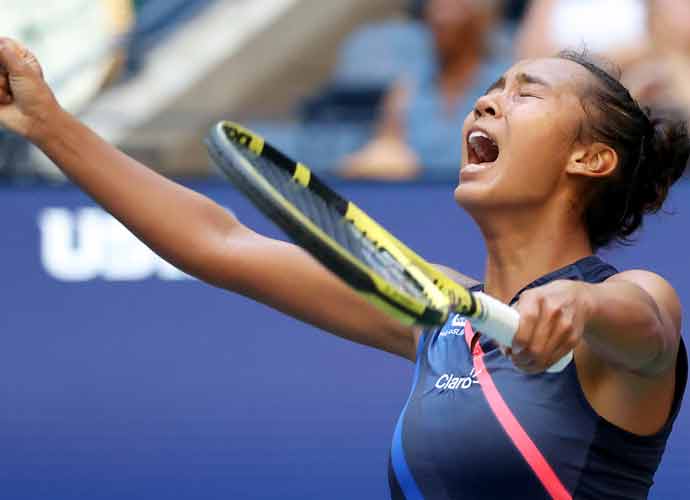 NEW YORK, NEW YORK - SEPTEMBER 07: Leylah Fernandez of Canada reacts against Elina Svitolina of Ukraine during her Women's Singles quarterfinals match on Day Nine of the 2021 US Open at the USTA Billie Jean King National Tennis Center on September 07, 2021 in the Flushing neighborhood of the Queens borough of New York City. (Photo by Al Bello/Getty Images)

Tennis phenom Leylah Fernandez has advanced to the U.S. Open semi-finals after defeating No 5 seed Elina Svitolina 6-3, 3-6, 7-6 (5). Fernandez, who won just a day after turning 19, became just the youngest player to win against two tennis players ranked in the WTA’s top five since Serena Williams at the 1999 U.S. Open. The unseeded teenager previously defeated No 3 ranked Naomi Osaka in the fourth round.

“I was trying to do what my coach told me to do. Thanks to the New York crowd, cheering me on, fighting for me and never giving up, I was able to push through today,” Fernandez said. “Svitolina, she’s a great player, she fought for everything, she runs for everything. I’m honored to have a fight with her. I just told myself to trust my shots, trust that everything’s going to go well. Even if I lose, I’ve got to go for it, and I’m glad I did.”