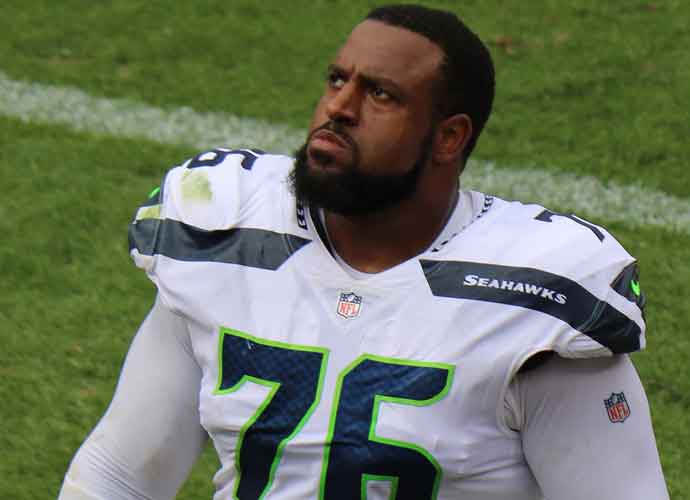 The New York Jets have been dealing with injuries – but tackle Duane Brown has been a big addition in his short return.

Brown, who signed a two-year $22 million contract in August, made his debut with the Jets last week against the Miami Dolphins.

He turned out to be a big help as Jets running backs Breece Hall and Michael Carter had field days in the 40-17 victory.

In total, the Jets rushed for 135 yards in the game, with Hall and Carter combing for three touchdowns on the ground.

The move to sign Brown came after Mekhi Becton suffered a fracture of his right knee cap in training camp – ending his season.

However, the Jets placed Brown on injured reserve before the season started with a shoulder injury.

That made him first eligible to return to last Sunday’s contest.

And the timing couldn’t be better for the Jets, which will be without rookie tackle Max Mitchell for several weeks after he was carted off the field last week.

Brown is playing despite reportedly having a torn having torn rotator cuff and hopes to finish the rest of the season.

In addition, the Jets are without tackle George Fant, who was placed on IR earlier this month.

In Brown’s 14-season career, he has made the pro bowl five times including in 2021.

The Jets have also signed another veteran offensive lineman in Cedric Ogbuehi.

For Sunday’s game against the Green Bay Packers, Brown is listed as questionable despite practicing fully on Friday.

So the injury will be worth monitoring going forward.

In other Jets news, edge rusher Jermaine Johnson will miss the game after being carted off in the game against the Dolphins with an ankle injury.

DE Vinny Curry is being activated from injured reserve, per source, and will make his #Jets debut tomorrow against the #Packers. Quite a comeback for Curry, who missed last year due to complications from a spleen removal.