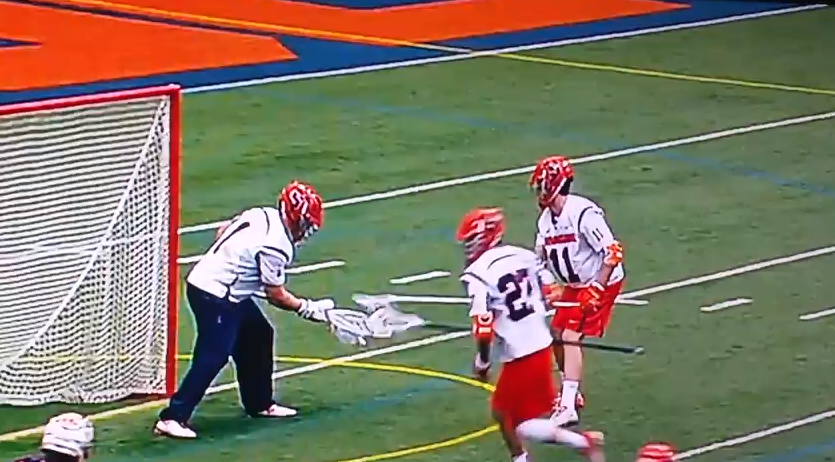 From time to time, lacrosse teams do hidden ball tricks to catch their opponent off guard and score an easy goal.

Yesterday, Syracuse decided to pull one off against Virginia. After goalie Bobby Wardwell saves a shot, defenseman Brandon Mullins looks like he scoops up the rebound and gives it back to his goalie. Little do the Cavaliers, the television crew, and probably most fans know that while Wardwell is trying to clear, Mullins is on the other side of the field. With a quick feed to Kevin Rice, the Orange are able to fool everyone and grab the goal.

Syracuse went on to win the game 15-9 and end up as the #1 team in the nation in this week’s polls.