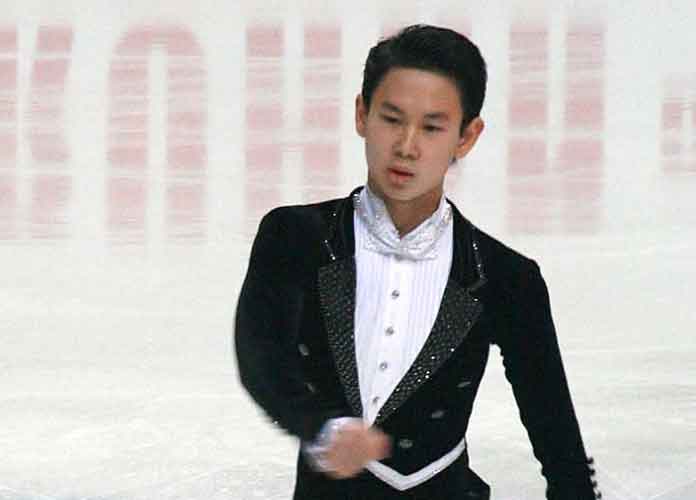 On Friday, two suspects were detained in Kazakhstan after being accused of murdering medal-winning Olympic figure skater Denis Ten, and one of the two men admitting to killing Ten.

According to the Los Angeles Times, prosecutors revealed in televised statements that Nuraly Kiyasov “confessed his guilt in the presence of an attorney” after being interrogated in the case surrounding the 25-year-old Olympian’s death on Thursday in his native Kazakhstan.

No additional information on Kiyasov’s full statement was released. The other suspect held in the case is 23-year-old Arman Kudaibergenov.

Ten was reportedly captured by men who wore masks, camouflage clothing and body armor. The figure skater was then allegedly stabbed to death multiple times on Thursday following an argument with individuals who had attempted to take a mirror from his car.

Ten won bronze at the Sochi 2014 Winter Olympics, an accomplishment that led him to become his country’s first Olympic medallist in his sport. He also participated at the Pyeongchang Games in February and placed 27th.

Here are some tributes to Ten from around the figure skating community. U.S. Olympic skaters Adam Rippon, Mirai Nagasu and Alex Shibutani were some of the many athletes who expressed their condolences on Twitter:

My skating friend, @Tenis_Den, passed away today. He was so kind to everyone and a huge inspiration to me and so many other people. Murdered in the streets of Kazakhstan. Denis, thank you for showing us how to be a champion. Your time with us was way too short. Love you forever.

The ISU is deeply saddened by the news from media in Kazakhstan announcing the passing of Figure Skater Denis Ten. Our heartfelt condolences go out to Denis’ family, friends and fans across the world. pic.twitter.com/1w7Isb9HJC

“Denis Ten was a great athlete and a great ambassador for his sport. A warm personality and a charming man. Such a tragedy to lose him at such a young age.” -IOC President Thomas Bach pic.twitter.com/YIZhBHy6Fi

The news of @Tenis_Den ‘s murder hits especially hard for me since I used to train with him. His commitment to his training was something I always admired. It’s hard to believe he is no longer with us and that he’ll no longer be able to share his talents with us.

The world has lost one of it’s brightest. My friend, my brother, @Tenis_Den… I miss you so much.