Steelers' Quarterback Ben Roethlisberger Opens Up About Past Addictions To Alcohol & Pornography - uSports.org 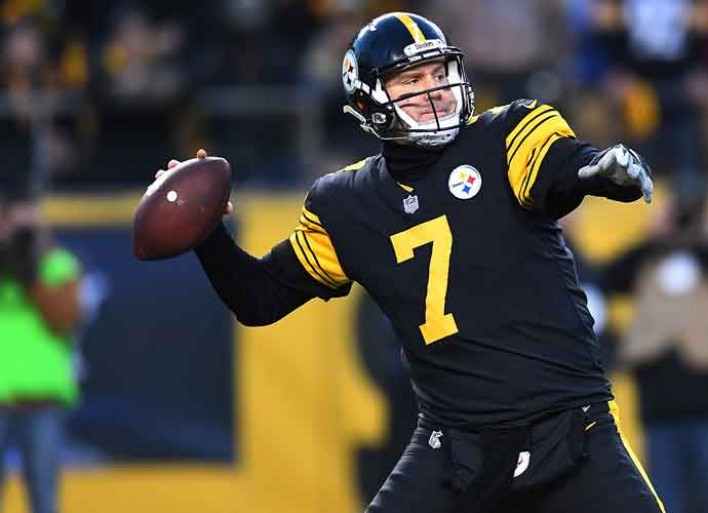 PITTSBURGH, PA - DECEMBER 25: Ben Roethlisberger #7 of the Pittsburgh Steelers drops back to pass in the first half during the game against the Baltimore Ravens at Heinz Field on December 25, 2016 in Pittsburgh, Pennsylvania.

Over the weekend, Pittsburgh Steelers star quarterback Ben Roethlisberger, partook in a faith-based virtual event called ManUp Pittsburgh. During the event, Roethlisberger spoke about his past addictions with alcohol and pornogrpahy.

During his speaking window, Roethlisberger spoke about how, despite being a Christian, he had not been the best one during his time in college and early in his NFL career. “It’s not always easy,” he said. “People don’t realize all the time that us athletes, we’re human. We sin like everybody else. I am no different. We make mistakes. We get addicted to things. We sin. We’re human. I think sometimes we get put on this pedestal where we can’t make mistakes. I’ve fallen as short as anybody. I’ve been addicted to alcohol. I’ve been addicted to pornography, which makes me then not the best husband, not the best father, not the best Christian I can be.”

Roethlisberger credits getting married to his wife Ashley in 2011 and having three children for helping him get back into his faith. “I want it to be known to all of the young men out there,” he said. “It’s cool to be Christian and be an athlete. Go ahead and be the best athlete you can be and see if you can be a better Christian. And that’s what I’m trying to do now. I’m trying to be a better Christian than I am an athlete and football player.”

The 38-year old Roethlisberger played in about a game and a half during the 2019 season due to an elbow injury, and once again credited his faith for helping him get through that recovery process. “I don’t know that I would’ve been able to handle (the injury) a few years ago, five, six, seven, ten years ago,” he said. “I know that my faith wouldn’t have been as strong.”

According to multiple Steelers players, including running back James Conner and wide receiver JuJu Smith-Schuster, Roethlisberger looks to be better than he has been in a while following his recovery from injury.