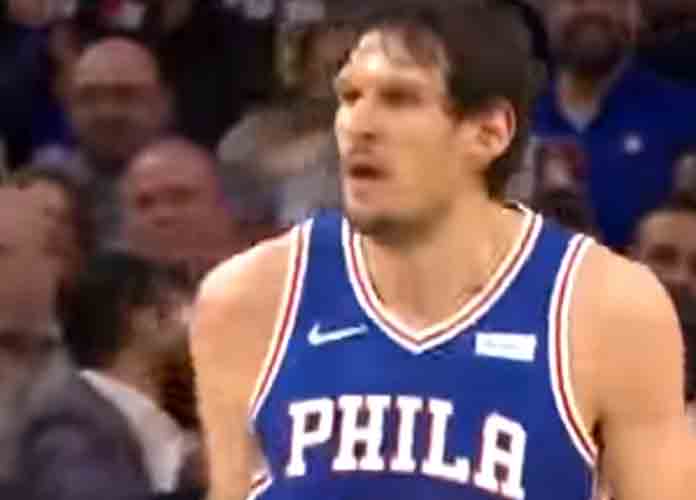 The 7-foot-3 Serb went down in pain during a late fourth-quarter collapse on Monday night. While going for a loose ball, Boban’s right leg got caught between New Orleans Pelicans wing Cheick Diallo‘s before being twisted as he and another player fell onto the Sixer.

Can confirm Boban Marjanovic will be ok

Im told “he will be fine”

Marjanovic attempted to get back to his feet before realizing the severity of the injury. Coach Brett Brown and two Philadelphia players helped guide the center to the locker room. After the close game, Marjanovic hobbled on crutches to the team bus.

“My head at the moment is completely with Boban, to be frank,” Brown said when asked about the close win. “So whatever level of disappointment I may have, I don’t feel it so much now. We won the game, and I’m really thinking about him.”

Star Joel Embiid has missed all three of the Sixers’ games since the All-Star break. In seven games with the Sixers, Majanovic averaged 17 minutes per game, close to double of his season-high of 9.4 minutes. In less than 22 minutes in the Monday night 111-110 win, he was good for 12 points, 10 rebounds and two blocks. Since joining the team after a February 6 trade with the Los Angeles Clippers, Boban has settled in nicely in Philly. While he doesn’t have the overall skill of fellow former Clipper Tobias Harris, he’s a spectacle to watch. The 7-footer dunks without jumping. Fans and teammates alike will miss his absence.

“It was tough to see him go down and be in pain. So I’m praying that everything will be all right for him and we can get him back ASAP,” Harris said. “He did an amazing job out there when he was playing.”

Before the Pelicans game and Boban’s injury, some expected Embiid to return to the court to face off against Anthony Davis. However, with the injury, some extra rest and a matchup against the No. 3 seed Oklahoma City Thunder on Thursday, the All-Star center’s return isn’t just wanted but desperately needed.