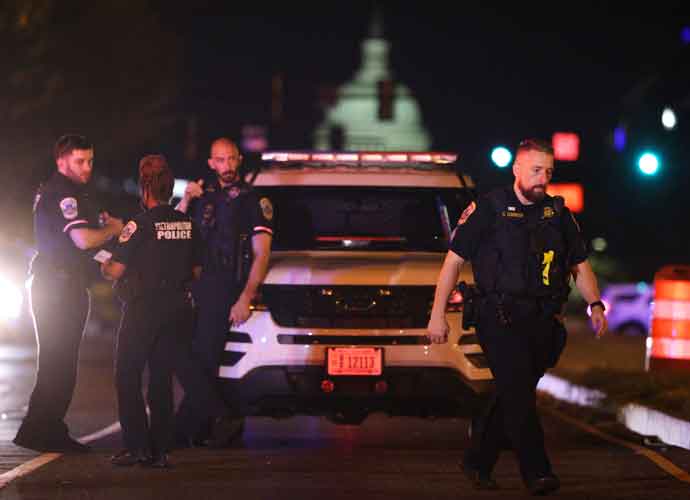 WASHINGTON, DC - JULY 17: With U.S. Capitol is seen in the background, members of the Washington Metropolitan Police Department investigate at the scene of a shooting outside the Nationals Park July 17, 2021 in Washington, DC. At least two people were shot outside the baseball park during the Nationals’ game against the San Diego Padres on Saturday night. (Photo by Alex Wong/Getty Images)

In the sixth inning of their matchup, the Nationals and Padres were forced to stop gameplay as a shooting occurred just outside of Nationals Park. The sound of gunshots ricocheted through the stadium, causing panic among the fans and interrupting the game. Other fans found shelter underneath tables and chairs, including in the Diamond Club. Players also scrambled to find safety, rushing to leave the field.

The gunfire was exchanged between two vehicles. Three people were injured as a result of the violence. One woman who was struck was an attendee of the game. Two of the people in one of the involved cars in the incident were treated in a local hospital. Investigators are currently speaking to them to search for a motive for the violence.

Hope everyone is safe! Just keep the prayers up🙏🏾 thank you everyone that help in the front line ! God bless 🙏🏾

Dozens of police cars and ambulances quickly rushed to the scene of the shooting. Luckily, most of them were not needed.

The Nationals and officials said that there will be an incresed security presence at upcoming games at the stadium.