Watch: Shaq Tackles Charles Barkley To The Ground ON TNT's 'Inside The NBA' - uSports.org 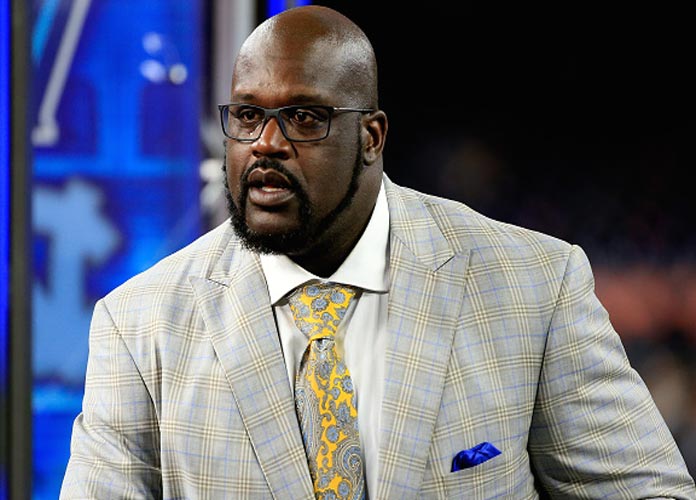 Watch: Shaq Tackles Charles Barkley To The Ground ON TNT’s ‘Inside The NBA’

Shaquille O’Neal is obviously known as one of the greatest NBA players of all time, but on Thursday, the 44-year-old former Lakers star showed off his football catching and tackling skills.

Watch: Shaq Tackles Charles Barkley To The Ground ON TNT’s ‘Inside The NBA’

Fresh off Randy Moss claiming he could have been an NBA star, the future NFL Hall of Famer invited TNT’s Inside the NBA crew to play football with him. The legendary receiver threw a pass to Charles Barkley, and O’Neal-alias ‘Shaq’–blindsided Barkley with a huge tackle that sent him tumbling down to the ground.

Shaq was just getting started, however, since he followed that up with a tackle of Kenny Smith.

Moss, Smith, Kevin Garnett, Barkley, Shaq, and Ernie Johnson also attempted to throw a football into the basketball hoop on the set. None of them succeeded on their first attempt.

Watch the crew have a good time here:

Randy Moss throws a pass to Charles Barkley and then Shaq takes him out! 😂

The playtime on the set comes eight months after a wrestling match between O’Neal and Barkley resulted in the Round Mound of Rebound Barkley’s backside on the rug of a studio.