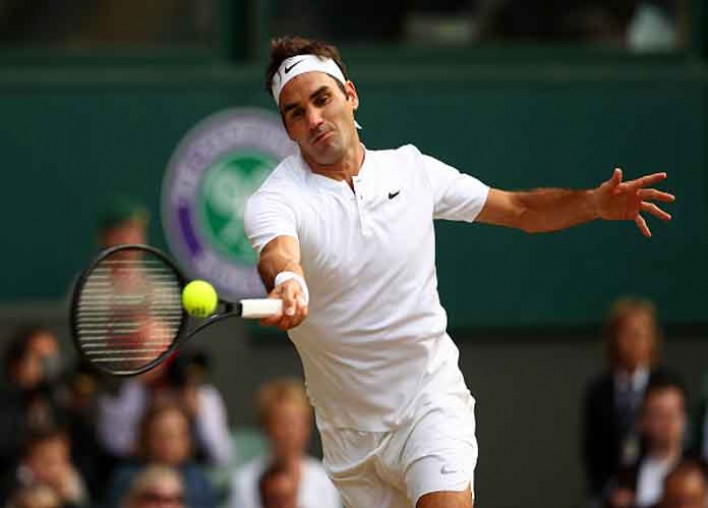 The timeless 37-year-olds in Roger Federer and Serena Williams prove to defy time for yet another year. Both players have been cruising through the early rounds of the Wimbledon, as Federer beat Matteo Berrenttini, the 17th seed in the round of 16, while Williams beat 30th seed Carla Suarez Navarro to advance to the quarterfinals in the tournament.

After a few of her matches, Williams expressed to the media how fond she is of her fellow 37-year-old.

“Honestly, what strikes me most is just how he just keeps producing it day after day, time after time,” Williams said, according to Express. “I mean, any match, he’ll just pull out some magic. I’m just really amazed at his hands, how fast they are, how athletic he is, but how graceful. It’s like a ballerina with all that power. It’s so effortless. It’s amazing. It’s amazing to watch.”

Before facing Roger Federer on Centre Court, Matteo Berretini said “I think I have the weapons to win that match.”

Life comes at you fast. pic.twitter.com/8Omly1eDby

The Swiss international has proven time and time again that age isn’t slowing him down, as he’s seeking his ninth Wimbledon title. After advancing to the quarterfinals, Federer is set to face Kei Nishikori, who is known for making deep runs in tournaments. Nishikori has a maximum amount of endurance that could trouble Federer if he’s not firing on all cylinders. If Federer advances, he could see rival Rafa Nadal in the semifinals of the Wimbledon, then possibly Novak Djokovic in the finals. These two players are the only consistent competitors who can meet Federer toe-to-toe.

Meanwhile, Williams is set to face Alison Riske, a 29-year-old American, on Tuesday. Williams is currently ranked 89th, but has eliminated a 13th seed and top-seed Ashley Barty on her way to the quarterfinals. If Williams advances, she will most likely face Simona Halep, the Romanian international who beat Williams in the Australian Open earlier this year. Williams is seeking her first Wimbledon trophy since 2016, which will match the record for most single trophies with 24.