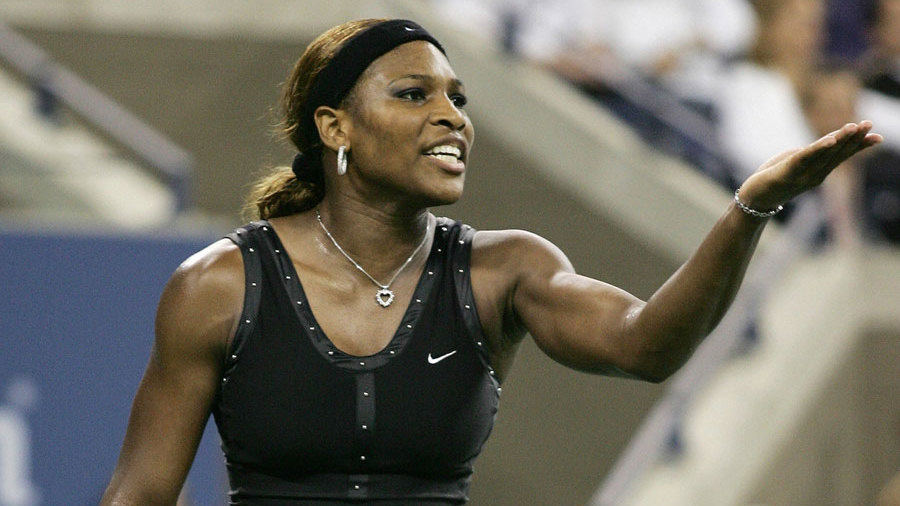 World’s best female tennis player Serena Williams recently made headlines again after the president of the Russian Tennis Federation called her and her sister, Venus, “the Williams brothers.” The world sympathized with her as she denounced the remarks as offensive and racist, and everyone was on her side. That has not always been the case, however. Usually she is the one against the world.

Her most famous rant as of yet was in 2009 U.S. Open semifinals against Kim Clijsters, who would eventually win the Grand Slam. A lineswoman made a foot-fault call, which Serena obviously disagreed with. To properly express her feelings at the time, she lashed out: “If I could, I would take this ******* ball and shove it down your ******* throat.” 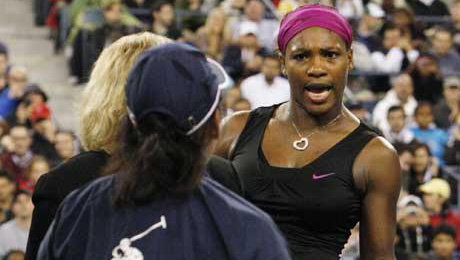 Serena was down a matchpoint and outright left the court after she got a point penalty. The outburst cost the emotional tennis player $82,500, which is nothing compared to the $350,000 she got for reaching the semis and the $6.5 million in total prize money for that year. Serena was also placed on two-year probation, which meant that she would have been suspended from the tournament if she had committed another “major offense” at any Grand Slam in the next two years. Serena later apologized to the lineswoman but said that she too needed an apology because she did not foot fault.

Serena was quiet for two years until the 2011 U.S. Open final, which she was already losing to Australian Samantha Strosur. Down a set, Serena was serving at the beginning of the second. Thinking she had saved a break point, she yelled her famous “Come on!” Unfortunately for her, the play was still technically going, since the ball had not yet reached the opponent. As per the rules, “deliberate hindrance, such as an intentional shout during a point” causes the “perpetrator” to lose that point. What followed probably made Chair Umpire Eva Asderaki think to herself, “What did I get myself into?!” Some of the things Serena said to Asderaki are:

“Aren’t you the one that screwed me over last time here? Yeah, you are.”

“I truly despise you.”

“You’re a hater and you’re just unattractive inside.”

“Really, don’t even look at me. I promise you don’t look at me because I am not… Don’t look my way.”

All of that happened on the 10th anniversary of September 11.

Remember the Steubenville rape case? The one where a former Ohio high school football player was found guilty of raping a 16-year-old girl after an alcohol-fueled party. The girl was unconscious, dragged, undressed photographed and sexually assaulted by other students who used their fingers to penetrate her. They later posted photos on social media. You may wonder how all of that connects to Serena Williams? A year after the incident, she was asked about it by The Rolling Stones magazine. Serena said that she did not blame the girl but she should not have “put herself in that position.” Serena did add, “unless they slipped her something,” but that part seemed to have been omitted and Serena got a lot of criticism for her “insensitive” comments. She even later issued an apology to the families of both the victim and the accused saying:

“I am deeply sorry for what was written in the Rolling Stone article. What was written – what I supposedly said – is insensitive and hurtful, and I by no means would say or insinuate that she was at all to blame.”

A somewhat not-so-popular rivalry has formed between Serena and the second best player in the world, but arguably the most beloved one these days, Maria Sharapova. Around the time of the Steubenville case, and during the same interview actually, Serena was heard gossiping about Maria on the phone, criticizing her for being lame. “She begins every interview with ‘I’m so happy. I’m so lucky’ – it’s so boring. She’s still not going to be invited to the cool parties. And, hey, if she wants to be with the guy with a black heart, go for it.” 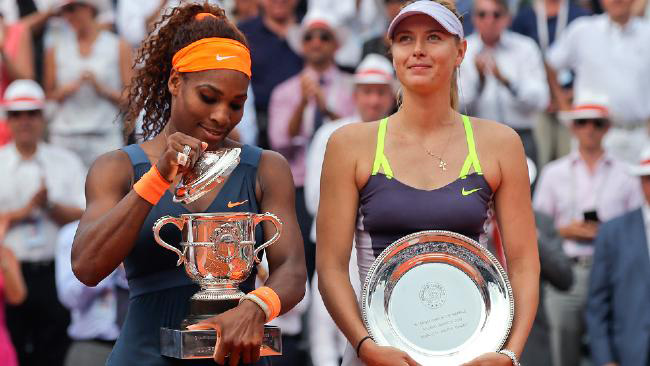 Several years ago, she criticized the way women’s tennis has been perceived, indirectly targeting Maria. “I know a lot of people who are 12 and doing things they shouldn’t be doing. Whether you’re an actress or a singer, it’s always the sexier ones that are selling more tickets or selling more albums.” The two had exchanged bitter words about their personal lives several times with Maria stating Serena is certainly not one to judge because her own “is far from beyond reproach.”

“If she wants to talk about something personal, maybe she should talk about her relationship and her boyfriend that was married and is getting a divorce and has kids. Talk about other things, but [don’t] draw attention to other things. She has so much in her life, many positives, and I think that’s what it should be about,” Maria said.