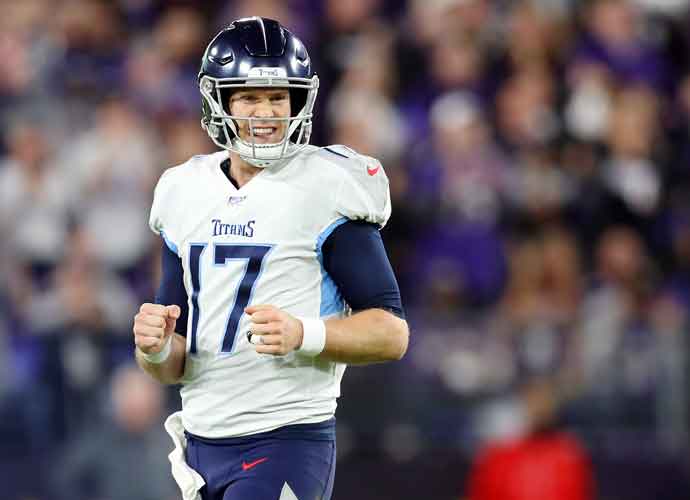 BALTIMORE, MARYLAND - JANUARY 11: Ryan Tannehill #17 of the Tennessee Titans reacts after an incomplete pass during the second quarter against the Baltimore Ravens in the AFC Divisional Playoff game at M&T Bank Stadium on January 11, 2020 in Baltimore, Maryland. (Photo by Maddie Meyer/Getty Images)

It’s not just Tennessee Titan fans who were haunted by the team’s 19-16 playoff loss to the Bengals—the game lived rent-free in quarterback Ryan Tannehill’s head for a while as well.

“It’s a deep scar,” Tannehill said of the loss in which he threw three interceptions. “Every time I closed my eyes I kind of rewatched the game. I didn’t get a whole lot of sleep for weeks. I was in a dark place, and it took me a while, a lot of work to get out of it.

“I’ve worked through it, but therapy, talking to people, time helped. It took a lot of work to get through it.”

He added that he’ll carry the loss with him for the rest of his life, but it will give him a “desire to win like he never had before.”

He’ll get the chance to get back to work and avenge that loss soon. When he does, he’ll get to practice with the quarterback the team just drafted in the third round (86th overall pick): Malik Willis. The veteran signal-caller had some interesting thoughts on the soon-to-be-rookie.

“I don’t think it’s my job to mentor him,” Tannehill said. “But if he learns from me along the way, that’s a great thing.”

Tannehill added his thoughts on the A.J. Brown trade:

“I was shocked,” he said. “When I first found out, I’m like, ‘This isn’t real, this isn’t happening, it’s a rumor.’ And then, I talked to A.J. and found out it was real. I slept terrible that night and kept thinking it was just a bad dream, but that’s where we’re at.”