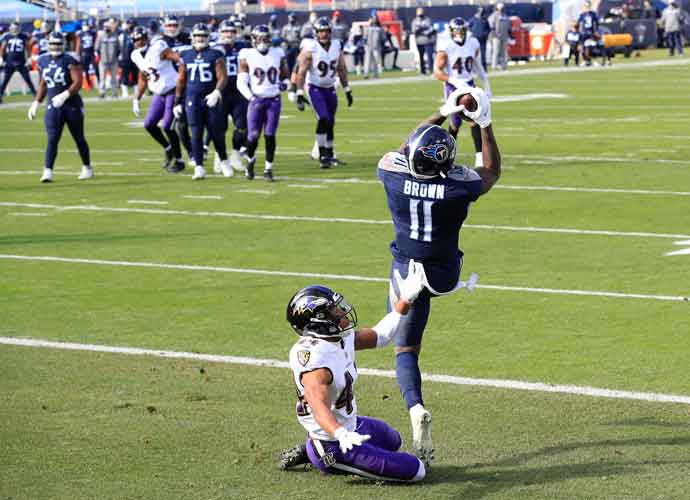 The Philadelphia Eagles made a shocking acquisition on Draft night: a wide receiver … from the Tennesee Titans.

The Eagles acquired star receiver A.J. Brown, 24, who was in the final year of his rookie contract in Nashville, by trading out of their 18th and 101st overall picks. Brown’s four-year deal is good for $100 million with $57 million guaranteed. His new contract makes him the fourth-highest paid receiver in the league averaging $25 million per year, coming in after Tyreek Hill ($30M), Davante Adams ($28M) and DeAndre Hopkins ($27.25M).

Brown has emerged as one of the NFL’s most promising young talents. He was drafted by the Titans in the second round of the 2019 Draft and has totaled 2,995 receiving yards and 24 touchdowns over the past three seasons.

The Titians used the 18th pick to select Brown’s potential replacement, Treylon Burks out of Arkansas and will use the 101st pick to draft another player in the third round on Friday night.