Ryan Newman Not Seriously Injured After Scary Crash At The End Of Daytona 500 [Video] - uSports.org 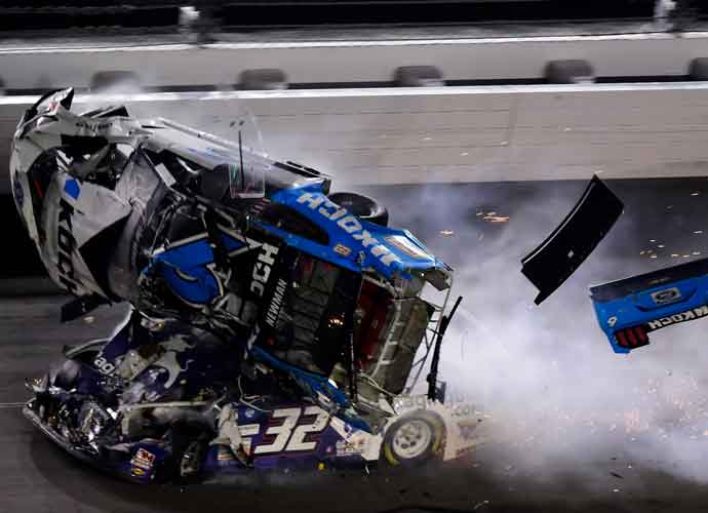 After coming out of the final turn of the Daytona 500, 42-year-old racer Ryan Newman was bumped in his rear bumper causing him to take a hard right into the wall. Newman proceeded to flip upside-down and roll down the track. He was also hit on the driver-side door by an oncoming car and followed to slide down the asphalt, crossing the finish line in flames.

Fans gasped as the track workers placed black screens over the crash site and worked to get Newman out of his vehicle. The No. 6 Ford had to be flipped back onto its tires before the safety crew could continue to take Newman out of the car. They had to wait a total of two hours until everyone was able to rest. After two hours, NASCAR released information stating that Newman’s injuries were not life-threatening and was rushed to Halifax Medical Center.

“We had been waiting for information just like everyone else, so to hear some positive news tonight is a relief,” said Mark Rushbrook, global director for Ford Performance Motorsports. “The entire Ford family is sending positive thoughts for his recovery, but our first thoughts remain with his family and his team.”

Ryan Blaney was the driver who locked bumpers with Newman and Corey LaJoie the driver who rammed Newman’s Ford at high speeds. LaJoie after watching the end of the race insisted that there was no way he could avoid the collision.

Everyone feared the worst after the crash on Monday. NASCAR has not had a fatality in its elite cup series since 2001 with the death of Dale Earnhardt Sr. Yet, this crash was seen to be worst and screamed echos of Earnhardt’s crash 19 years ago.

Newman has escaped several scary crashes in his long 20-year-career. One of these crashes includes his car going airborne in 2003 and a similar crash in 2009. 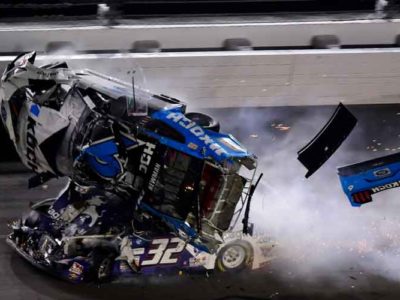 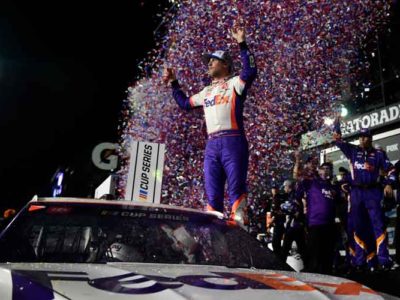 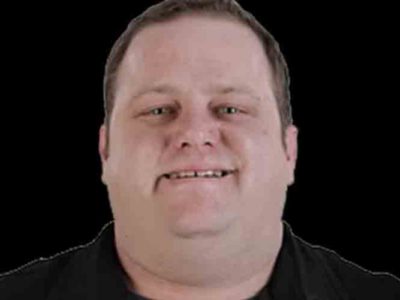