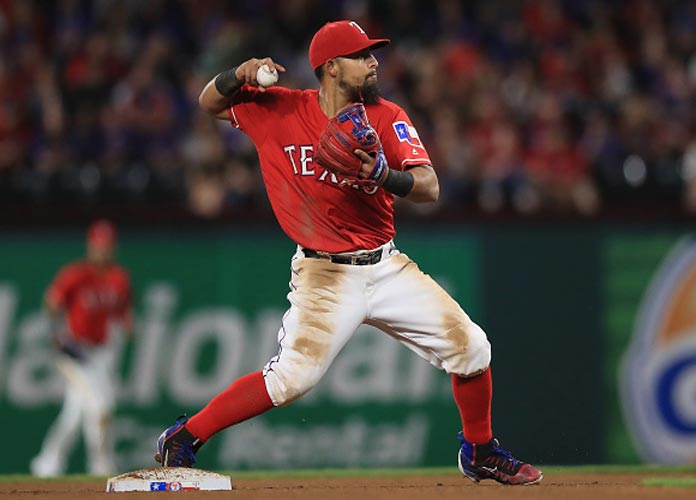 Texas Rangers second baseman Rougned Odor has reached an agreement with the team on a six-year, $49.5 million contract extension.

Odor’s new deal includes a club option for 2023, and several other usual benefits: a signing bonus, increasing salaries each year.

However, the 23-year-old Venezuelan is also receiving one other odd perk with the extension: two horses.

Here are Rougned Odor’s horses, which came a part of the contract extension.@Rangers pic.twitter.com/mbF7YRWkRk

Though this may seem odd, Odor has described himself as an avid fan of horses. The Rangers’ front office thus knew this offer would prove to be a great incentive for the second baseman to re-sign.

“It’s our policy when we make a contract offer, we copy the player on it,” general manager and president of baseball operations Jon Daniels told reporters. “So Rougie has these big numbers in front of him, and he has a poker face. Nothing changed. Then I slid my phone across with a picture of the horses on it, and he said, ‘Hey, can you send that to me?’ His eyes lit up, and I thought, ‘All right, maybe we have a chance.'”

The Venezuelan is entering his fourth season with the Rangers. He hit .271 with 33 home runs and 88 RBIs last year, when he gained notoriety by punching Toronto slugger Jose Bautista during a May 15 game, the finale of a contentious series. Odor served a seven-game suspension for that incident.

Odor also got into a fistfight with the Baltimore Orioles’ Manny Machado last year, something which equally resulted in suspensions for both players. Odor was the youngest player in the majors when he made his Rangers debut in May 2014. He has hit .265 with 58 homers and 197 RBIs in his career.

He played for Venezuela this spring in the World Baseball Classic.