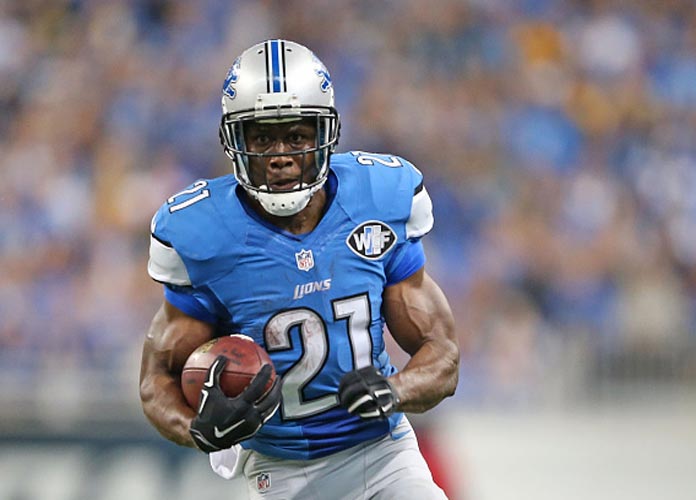 DETROIT, MI - SEPTEMBER 21: Reggie Bush #21 of the Detroit Lions runs 21 yard for a fourth quarter touchdown during the game against the Green Bay Packers at Ford Field on September 21, 2014 in Detroit, Michigan. (Photo: Getty)

Now that college athletes are allowed to benefit from their name, image and likeness, Reggie Bush would like to reclaim his 2005 Heisman Trophy Award.

The former running back led USC to back-to-back National Championships under head coach Pete Carroll. The NCAA banned Bush in 2010 for receiving about $300k in benefits under the table. The running back voluntarily forfeited his Heisman Trophy. Bush argued that the benefits helped him out with his financial situation during his tenure as a student-athlete.

However, now he wants the trophy back. The former USC running back released a statement on Twitter. It’s also been a year since he was welcomed back to USC after being banned for over a decade.

“Over the last few months, on multiple occasions, my team and I have reached out to both the NCAA and The Heisman Trust in regard to the reinstatement of my college records and return of my Heisman,” the statement said. “We left multiple messages for Michael Comerford, the President of the Heisman Trust, but instead received a call from Rob Whalen, the Executive Director, who stated that Mr. Comerford would not be calling us back and that, in any event, they could help us. We reached out to the NCAA on multiple occasions and received no help or got no response at all. It is my strong belief that I won the Heisman trophy “solely” due to my hard work and dedication on the football field, and it is also my firm belief that my records should be reinstated.”

Bush received support from many people on social media.

Hey NCAA: since you have now admitted that college athletes are professional, how about righting past wrongs and reinstating the records of Reggie Bush, the Fab Five, and countless others you mistreated over the phony concept of amateurism? It was unfair then, and clearly so now.

Richard Jefferson gave his opinion on the subject as well.

.@RJeff24 wants the NCAA to give Reggie Bush his Heisman back and reinstate the Fab 5 for starters:

“How about reinstating some people that lost some things, that had to face embarrassment, because you guys were enforcing rules that the Supreme Court decided was illegal!” pic.twitter.com/dworpUacZO

Give Reggie Bush his Heisman back while we’re at it

ESPN reporter Field Yates quote tweeted, Reggie Bush. Give him his Heisman Trophy back too.”

Reggie Bush. Give him his Heisman Trophy back too. https://t.co/alMHTuvYgz

Time will tell what the NCAA decides to do in this developing case. Stay tuned for more updates.