Red Sox' David Price Says He 'Came Here To Win', Has No Intention To Opt-Out Of Contract - uSports.org 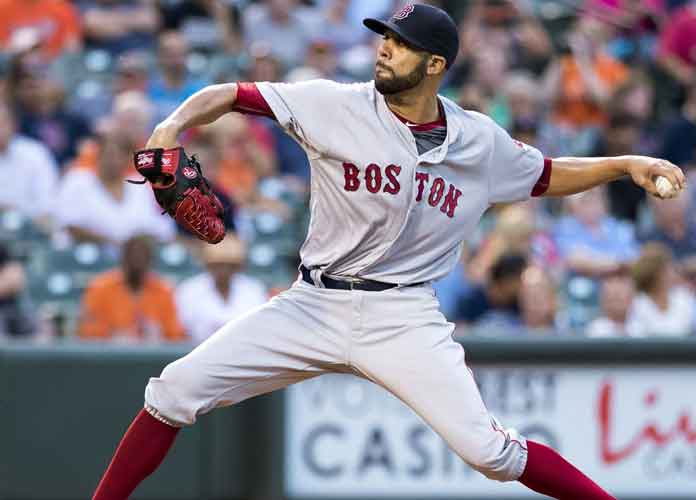 Red Sox’ David Price Says He ‘Came Here To Win’, Has No Intention To Opt-Out Of Contract

Red Sox pitcher David Price is sitting comfortably in the third year of his franchise record seven-year, $217 million contracts with no intention to opt-out following the 2018 season.

“Why would I leave here to go to a team that’s not as good as this team?” Price told Masslive. “I came here to win. I don’t worry about all the other stuff. Just come here to win. We’re going to have a really good chance to do that.”

Price has made it clear that his main concern is winning and nothing else. “I could go 35-0 in the regular season with a zero [ERA] and it wouldn’t matter,” Price told reporters, according to Boston radio station WEEI. “I need to win in October. That’s that; [the] regular season means nothing for me.”

Red Sox fans may prefer he wait to decide on opting in or out until after the postseason, because of his past.

Price is 33 and has $127 million remaining on his contract. He’ll earn $31 million in 2019 and $32 million each of the final three seasons (2020-22) if he remains with Boston. Price is a five-time All-Star with the ninth-largest sports contract in the world. The Red Sox (99-46) became the first team in the majors to clinch a playoff spot later and will enter the postseason with baseball’s best record.

This winning mindest seems to be paying off, as Price is in the midst of his most dominating stretch as a member of the Red Sox. In nine starts going back to July 12, he is 5-0 with a 2.04 ERA and 0.90 WHIP, along with 61 strikeouts and a .201 batting average against. Going into his scheduled start Wednesday against the Blue Jays, the former Cy Young winner was 14-6 with a 3.57 ERA in 27 starts this season.

Read more about:
contract David Price MLB Red Sox
Listen to the uInterview Podcast!
Get the most-revealing celebrity conversations with the uInterview podcast!