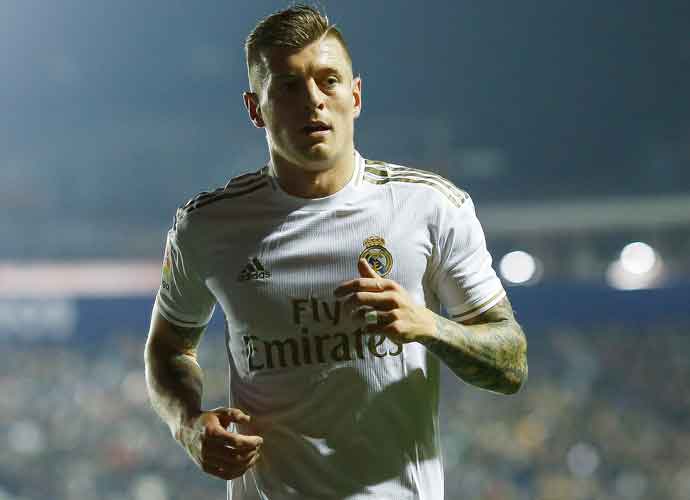 VALENCIA, SPAIN - FEBRUARY 22: Toni Kroos of Real Madrid looks on during the Liga match between Levante UD and Real Madrid CF at Ciutat de Valencia on February 22, 2020 in Valencia, Spain.

During the Einfach mal Luppen podcast, Kroos discussed preplanned goal celebrations and claimed, “I find it very silly. Even worse is if there are any objects hidden in their socks. Aubameyang once celebrated and took out a mask. That’s where it ends with me. I don’t think that’s a good role model, either. What nonsense.”

Aubameyang previously celebrated his goals by wearing a superhero mask both at his current club Arsenal and former club Borussia Dortmund. During Arsenal’s game against Rennes, he scored and celebrated by wearing a Black Panther mask.

After Kroos’ criticism, Aubameyang responded with a Twitter post saying, “By the way, does this @ToniKroos have kids? Just to remember I did it for my son few times and I will do it again,” he posted on Twitter, quoting the below tweet. I wish you have kids one day and make them happy like this junior school pupils talk and don’t forget #maskon #staysafe”

Many players including Aubameyang have celebrated their goals with choreographed celebrations. Barcelona’s Antoine Griezmann previously celebrated his goals with Drake’s ‘Hotline Bling’ dance and Fortnite’s Take the L celebration.