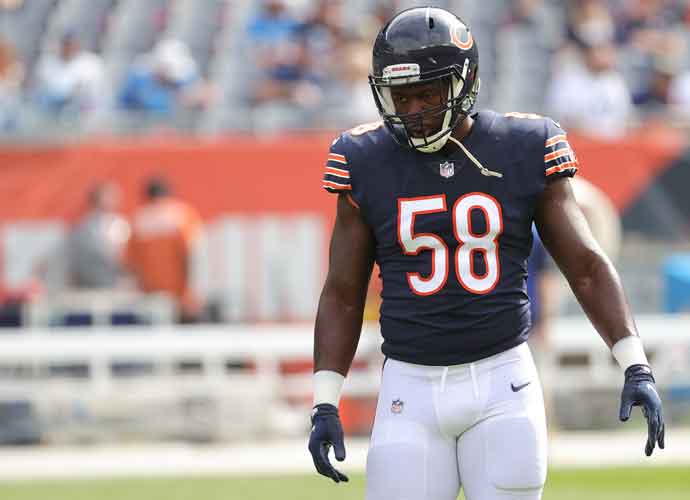 CHICAGO, ILLINOIS - OCTOBER 03: Roquan Smith #58 of the Chicago Bears warms up before the game against the Detroit Lions at Soldier Field on October 03, 2021 in Chicago, Illinois. (Photo by Jonathan Daniel/Getty Images)

The Baltimore Ravens have made a big commitment to linebacker Roquan Smith – but some are wondering how it will impact Lamar Jackson next year.

According to NFL insider Ian Rapoport, the five-year $100 million deal will make the Pro Bowler the highest-paid player at his position.

In addition, $45 million is fully guaranteed.

As for how the implications that it will have on Jackson – there are two things to keep in mind.

First, know that the former 8th overall pick in the 2018 draft would have been set to become a free agent this season.

That would mean the Ravens would have had to make a tough decision and potentially lose one of Jackson and Smith for nothing in the open market.

Now, if the Ravens and Jackson fail to make progress between now and free agency, the team could exercise the franchise tag.

But it will also give the Ravens the option to trade him and potentially get a massive package in return if it goes that far.

The other thing to consider is the team will have less cap space to work with in 2023.

Next season, the Ravens have around $171 million in cap dollars committed to its players next year and that’s without the Smith contract, according to Spotract.

That said, the organization will likely hope that it can come to an agreement with Jackson.

Young franchise quarterbacks are tough to come by in the league.

The 26-year-old has thrown for more than 12,000 yards in his five NFL season career with 101 touchdown passes.

However, there is one concern with Jackson’s knee.

He has not practiced in about a month for the injury that is being reported as a PCL sprain.

“If he did indeed suffer a grade 2 PCL sprain, & that’s what it’s looking like, then he won’t be 100% until the off-season,” sports medicine physician Jesse Morse wrote on Twitter.

“The timing is unfortunate.”

Ravens head coach John Harbaugh did not have an update on Jackson’s status for Sunday’s playoff game against the Cincinnati Bengals.