Rangers Deal Unhappy Prospect Nils Lundkvist In Package For First-Round Pick – Why It Was A Good Trade - uSports.org 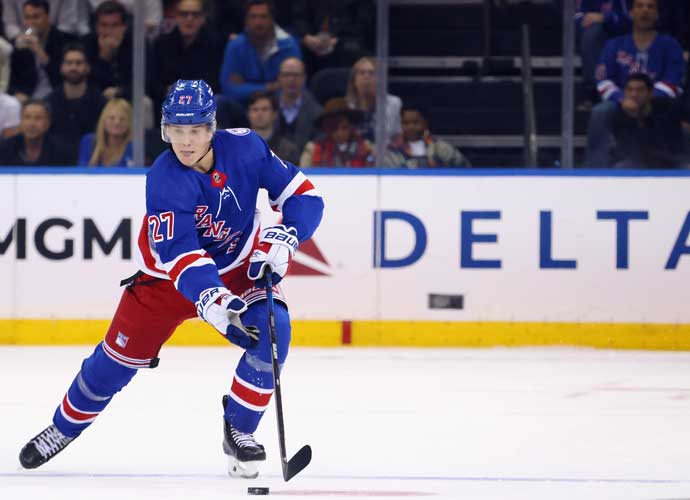 The New York Rangers have gotten solid value for one of their top prospects Nils Lundkvist – but it’s still unfortunate for what could have been.

The Rangers announced it acquired a conditional first-round pick in the 2023 draft and a conditional fourth-round selection in 2025 from the Dallas Stars in exchange for Lundkvist.

The 2023 pick will reportedly be top-10 protected, while the fourth in 2025 could become a third if the Swedish defenseman puts up 55 points over the next two seasons with the Stars.

There are conditions on both picks the #NYR get from Dallas in exchange for Nils Lundkvist:

Should the Stars land a top-10 pick next season, the Rangers will get the Stars’ 2024 first-round pick instead.

The move by the Rangers came after Larry Brooks of the New York Post reported that Lundkvist was unlikely to show up to camp because he wanted another opportunity elsewhere.

The 2018 first-round pick was a highly touted puck-moving defenseman that was hoped to play important minutes for the Rangers in the future.

In Sweden’s tier one league (the SHL), Lundkvist holds the record for most points by an under 21 defensemen with 74 points.

#NYR Nils Lundkvist holds the record for total points by a D-man before turning 21 in SHL history with 74, edging out Tomas Jonsson who had 73.

What makes it even more impressive is difference in scoring in both eras.

However, the 22-year-old requested a trade in January after the Rangers sent him down to the AHL.

He wound up losing his spot on the roster to 2020 first-round pick Braden Schneider.

For the Rangers, there should be some mixed feelings on the matter.

Fans and the organization will wonder just what his ceiling could have been if Schneider did not emerge or if the Rangers did not have other long-term obligations on the right side of its defense.

Likewise, he wasn’t going to be anywhere near as good as 2021 Norris trophy winner Adam Fox.

However, he may have had a spot on the team if the Rangers did not commit for four more years with newly named captain Jacob Trouba, who carries a full no-movement clause until 2023-2024 with an $8 million cap hit, according to CapFriendly.

That said, it was still a job well done by general manager Chris Drury to grab a first-round pick in what’s described as a deep draft class next year for a player who wanted out but has an unknown factor when it comes to the NHL.

That said, he’ll get a fresh start with the Stars, who could use Lundkvist’s talent on the right side on the back end.

Next year, the Rangers are set to pick twice in the first round after not having a selection in the top 32 this past draft.