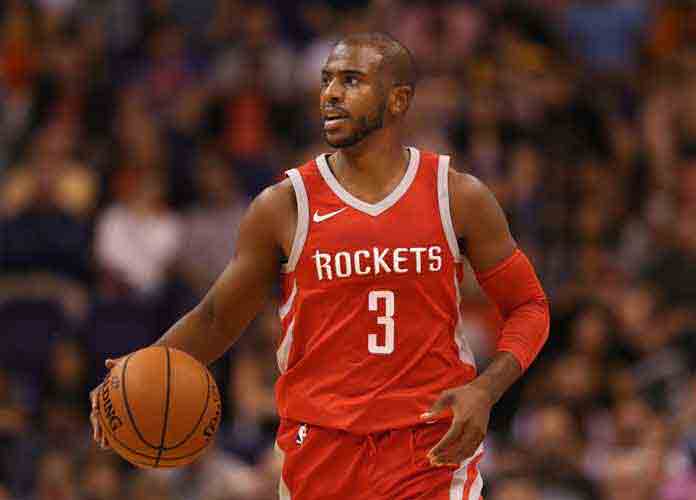 Rondo again said he was wearing a mouthguard, which wouldn’t help his ability to spit on someone. He also said the league catered to Paul’s “good guy” image when deciding the length of the bans.

“This is the only time I’m going to address this,” Rondo told ESPN on Tuesday. “I had a mouthpiece in my mouth and I was exasperated because I was about to tell him to ‘get the f—k out of here.’

“Look at my body language. My hands on my hips. I turn away for a second. Look at Eric [Gordon] and Melo in the video. If they saw me spit, they would have turned their face up or something. They had no reaction.”

On Tuesday, Paul said he took pride “in staying as poised as possible” during the incident. That resulted in Rondo receiving a three-game suspension for throwing punches and spitting at Paul.

Paul got a two-game suspension for poking at Rondo’s face and also for throwing punches.

“That’s tough,” Paul said of being suspended. “Somebody spit on you, you know. Play this long and that has never happened, but it is what it is.”

The Lakers’ Brandon Ingram started the confrontation when he shoved current MVP James Harden and began arguing with the ref. He would be suspended four games.

Paul began serving his suspension Sunday night, missing the Rockets’ loss to the L.A. Clippers. He’ll miss a game against Utah as well.

Rondo and Ingram began serving their suspensions during Monday’s loss to the Spurs. The Lakers then play at Phoenix, a home game against Denver, and at San Antonio.