Raiders & Their Fans Prepare For Last Game In Oakland This Sunday - uSports.org 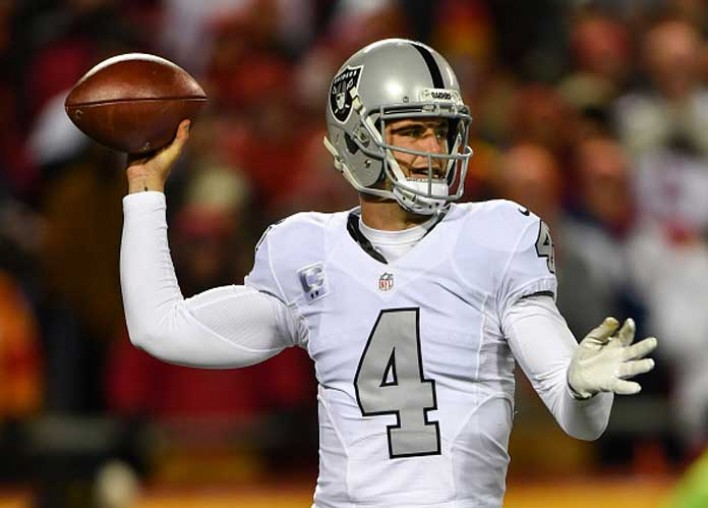 Raiders & Their Fans Prepare For Last Game In Oakland This Sunday

The Raiders will play their final home game this Sunday in Oakland at the RingCentral Coliseum before making the move to Las Vegas next year. They have shared this venue with the Oakland A’s for over two decades. Leaving for Los Angeles in 1981, the Raiders came back in 1995 and have been here ever since.

Jon Gruden signed a ten-year contract last year to return as head coach of the Raiders after being fired by the team in 2001. He spoke to the media about his relationship with the fans. “Every win, I’m going down there. I get face paint all over me. I get to see some costumes I have not seen before at any football games. It’s awesome. There’s something about these people. They’re nuts. They’re the closest thing to me that I’ve ever seen. We have that in common,” Gruden told NBC Sports.

Quarterback Derek Carr was asked about his mindset before his last game at the Coliseum. “There was some pretty cool memories that I have just of my own being on the team, but I think this one will rank right up there. I expect it to be crazy and loud and all those kinds of things, so we’re going to go out there and give our best effort. I promise you that.”

Carr was drafted by Oakland in 2014 and had his best year in 2016 before he was injured. Carr recalled, “I broke my ankle and you could just feel the air go out of the stadium. “I remember sitting there and as I was driving away just the applause and the cheers — it was like, for whatever reason, in that moment I felt the love back. That’s something I’ll always remember because I give everything I have for our team, and you give so much it’s always nice to hear it back.”

Oakland is now 6-7 after losing three straight and will most likely miss the playoffs, but the memories here will last forever.

“In a lot of ways I was raised here, you know what I mean?” Gruden said. “It was the beginning of my NFL coaching career, at least my head coaching career. I just love it here. I had my first son here and I have a lot of history here. And some of my friends, a lot of my friends are in the Black Hole. A lot of my only friends are here. (laughter) I don’t have a lot of friends except the guys in the Black Hole. I only get to see them six or seven times, and I get emotional talking about it. Look, we’re excited about the future in Las Vegas. I don’t want to underestimate that either, but we’re also very respectful of where we come from.”

After construction delays last year, the Raiders will play next year’s season opener at Allegiant Stadium. The state-of-the-art dome venue will include seating for 65,000 expandable to 72,000, and the Raiders front office is currently surveying new season ticket holders about the layout for parking and tailgating areas.

Follow the construction 24/7 from our live stadium camera: https://t.co/UnoLsjWvZl pic.twitter.com/o4ZWlkWpv2