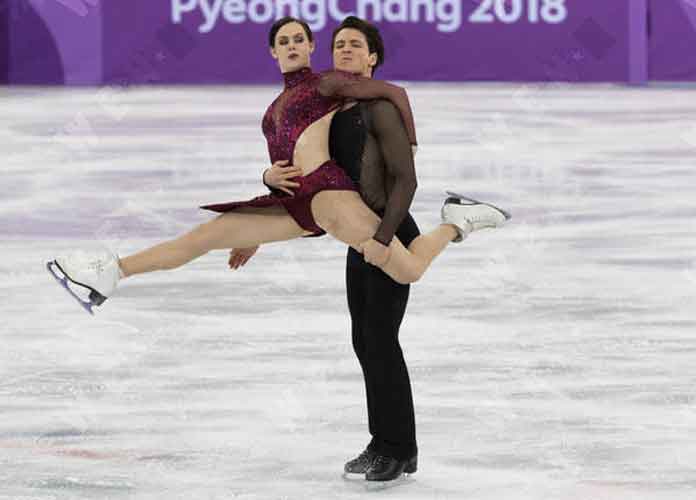 Canadian ice dancing pair Tessa Virtue and Scott Moir are known for creating magic nearly every time they skate, and now they have set a new Olympic record in Pyeongchang.

Virtue and Moir scored 83.67 points Monday for their dazzling Latin-themed routine to break their own previous record of 82.68. They edged out France’s Gabriella Papadakis and Guillaume Cizeron, a dynamic duo the Canadians lost to at the Nagoya Grand Prix Final last December and who danced to an Ed Sheeran set on Monday that had the audience in South Korea clapping.

You’ve never seen anything like this!@TessaVirtue and @ScottMoir record the highest score ever in the short dance! #WinterOlympics https://t.co/rI5qqWTrJl pic.twitter.com/TnuyV56J2S

“It feels great but even better than the world record is the feeling we had when we ended the program,” said Virtue. “We’re really pleased with that performance. On the world’s biggest stage when the pressure is mounting, it’s nice to be able to deliver like that.”

Moir and Virtue have two individual Olympic medals, gold from Vancouver in 2010 and silver from Sochi in 2014, as well as a 2014 team silver to accompany last week’s team gold.

“We’ve marked them as our rivals for a long time, from the start of this comeback,” Moir said of Papadakis and Cizeron, who share the same coaches as him and Virtue. “We watched their worlds when we weren’t there and we have nothing but respect for these two.”

Americans Madison Hubbell and Zachary Donohue finished third with a 77.75 score that was just enough to put them above compatriots Maia and Alex Shibutani by 0.02 points.

Virtue, 28, and Moir, 30, have been competing together for 20 years. They are not romantically tied (many fans wish they were), although they have said they have a great friendship and working relationship. Moir recently joked that he and Virtue used to date — when he was 10 and the pair had just begun skating together.

“It was romantic in the beginning,” Moir said. He and Virtue were Canada’s flag-bearers at this year’s Olympics.

One of the Canadian pair’s dance choreographies was deemed to sexually suggestive to be permitted to use during the 2018 Olympics.

Virtue recently posted this adorable throwback of the duo skating as young children: