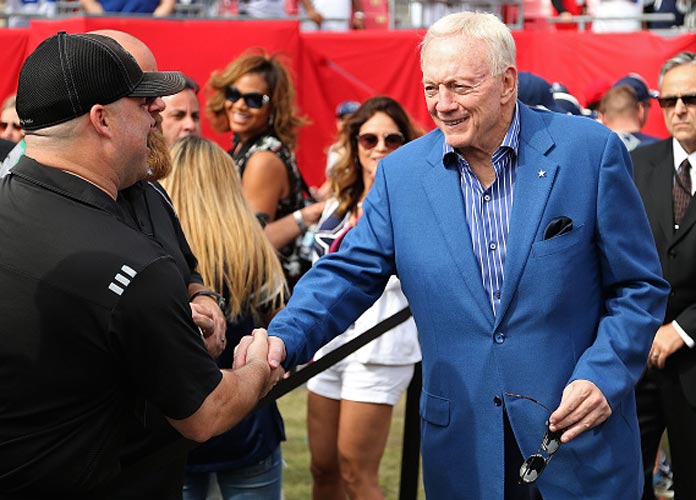 LaDainian Tomlinson, Terrell Davis, Kurt Warner and Jerry Jones will be among the seven individuals enshrined into the Pro Football Hall of Fame in Canton, Ohio on Saturday.

The 94 nominees were first announced in September, and the 15 finalists were named in January.

All seven members of the Class of 2017 were introduced at Benson Stadium before Thursday night’s NFL Hall of Fame Game between the Cowboys and Arizona Cardinals:

The members of the Class of 2017 were introduced on field prior to tonight’s HOF Game #PFHOF17 pic.twitter.com/uqdxoUIKBQ

Here is the order of the speeches and each inductee’s presenter, according to the Pro Football Hall of Fame website:

Here are the details for how to watch the ceremony: