President Obama Tells Cavs Coach Tyronn Lue To Tell J.R. Smith And Other Players To 'Put On A Shirt' - uSports.org 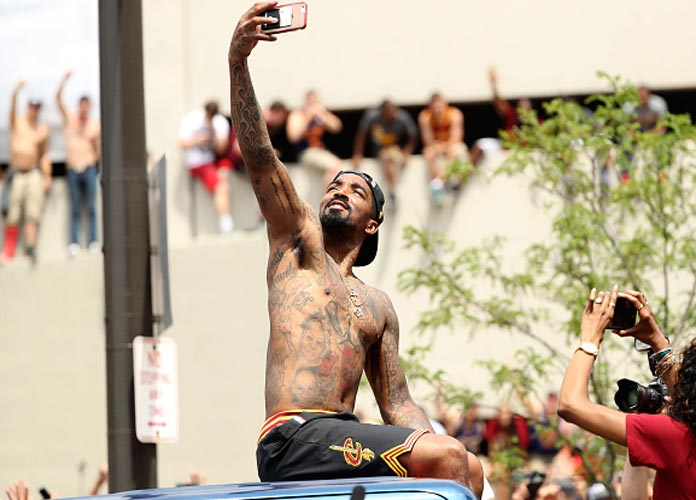 President Obama Tells Cavs Coach Tyronn Lue To Tell J.R. Smith And Other Players To ‘Put On A Shirt’

The Cleveland Cavaliers may now be the NBA champions, but President Barack Obama has advice for how they can improve their image even more.

Obama Tells Cavs Coach Tyronn Lue To Tell J.R. Smith And Other Players To ‘Put On A Shirt’

“Tell J.R. and everybody to put on a shirt though,” Obama joked. “You can’t just be walking around without a shirt, for the last, like a whole week.”

Okay this @Cavs video of President Obama telling Ty Lue that JR Smith needs to put his shirt back on is AMAZING. pic.twitter.com/ApCc3wwrY7

Lue simply laughed along with the President and promised to relay the message to his players.

“I guess if you’re in decent shape, you can do it,” Lue responded with a chuckle.

The Cavs victory parade was held in Cleveland on Wednesday after the team defeated the Golden State Warriors 93-89 in Game 7 of the NBA Finals on June 19.

Poor Mo Williams, however, also shirtless at the parade, wasn’t even on the President’s radar, and half the team appeared to have been keen on removing their shirts anyway.