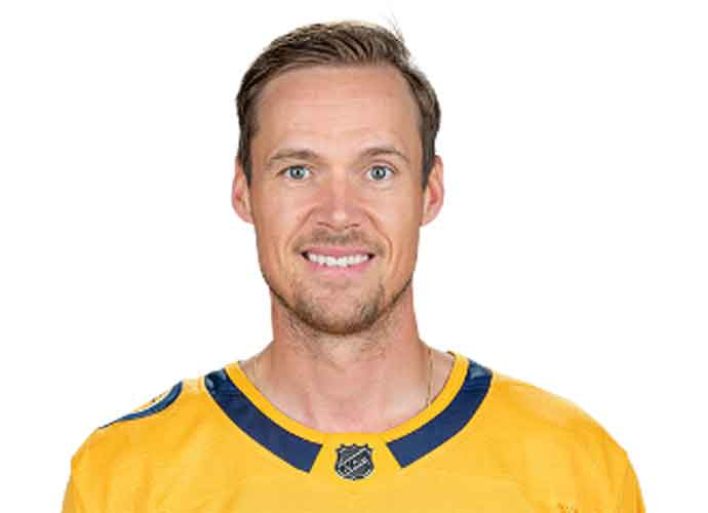 Pekka Rinne did something only 11 other goalies have done in NHL history. In Thursday’s 5-2 win over the Blackhawks, Rinne became the 12th goalie to score a goal.

With 22 seconds left in the third period, the Blackhawks were down 4-2 and had pulled their goalie to get an extra skater. Rinne gathered the puck and lifted it down the ice. It landed just beyond Chicago’s blueline before carrying into the net before Blackhawks’ forward Kirby Dach could reach it.

Following the game a jubilant Rinne told the media, “I obviously understand that it might be a once-in-a-lifetime thing, so I really enjoyed it. It was an awesome feeling seeing that puck go in.”

Former Predators‘ goalie Chris Mason was commentating the game when the Finland native scored. Ironically, Mason had accomplished the feat himself in 2006 and Rinne’s achievement made Nashville the only franchise to have two goalies score.

The 37-year-old was in disbelief and wasn’t sure it went in until he saw teammate Nick Bonino celebrating. “It was pretty cool. I just threw my hands up in the air and tried to act as cool as I can.”

The last goalie to score in an NHL game was former Phoenix Coyotes’ goalie Mike Smith, who scored against the Redwings on October 19, 2013. Hall of famer Martin Brodeur is the only goalie in history to score two goals.

The goal also had betting implications as the over/under for the game was 6.5, according to Caesar’s Sportsbook.

It marked Rinne’s 14th career point and he finished the game with 29 saves. In 27 starts this season the goaltender has an .895 save percentage, a 3.02 goals against average and 15 wins. Nashville is currently in fifth place in the Central division with 47 points.